So I went to Milea Vineyard's new tasting room in Staatsburg, NY. In 1984, Barry Milea and his father bought part of the historic Rymph Family Farm. In the summer of 2015, after years of research and experimentation with the land, Barry Milea (along with wife Sang), Ed Evans and Bruce Tripp formed Milea Estate Vineyard. The first crush in autumn of 2015 resulted in award-winning wines, and Barry added adjoining land to the property in early 2016 for a 98-acre estate. The tastingroom opened in October of 2019. 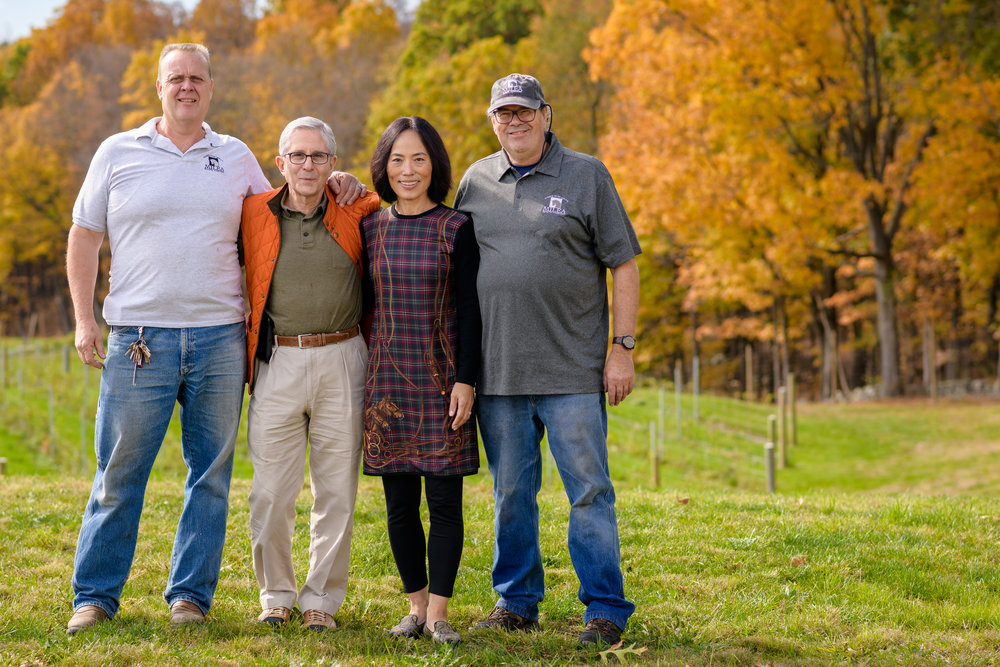 My friend Rich Srsich and I toured the tasting room early on a Sunday morning in January. The rooms were beautiful, with lovely flourishes. Sophisticated and welcoming, each turn led to a room that looked like it was out of House Beautiful.

More importantly, we tasted the wines. The Milea Rose of Pinot Noir 2016 was a bright fresh spritz of strawberry and lime. Refreshing with a lovely, creamy finish.

The Milea Estate Chardonnay 2017 was a lovely Chardonnay with ripe apples, pears, and tropical fruit. A lovely mineral undertone, and a beautiful finish. An easy drinking Chardonnay that will not fail to impress friends and family.

Last but certainly not least was the Milea Estate Cabernet Franc 2017. A lovely red wine with a blend of fresh and ripe cherry, dark raspberry, and fresh red cassis. Lovely mineral undertone, with nice notes of slate and finishing with a lovely notes of vanilla and toast. Very, very pretty. 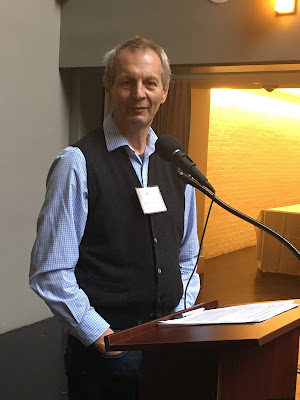 I was recently at a tasting in New York City, of  the New York Wine Media Guild of Virginia wines where several producers shown through. Chief among them were winemaker Luca Paschina's three wines from Barboursville. 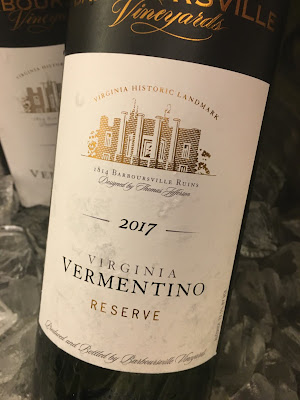 The Barboursville Vermentino Reserve 2017 was easily the best white in the bunch...and impressive statement, believe me. Vermentino is normally grown in Liguria, Corsica and Sardinia. This how ever is an estate wine grown in the Piedmont region of Virginia. This Vermentino is a stainless steel monster, where the wine lay on the lees for 7 or 8 months, which gave it a wonderful nose and big mouth feel. Aromatic, with incredible tropical fruit notes, the wine started like fresh fruit, but finished dry and beautiful. And incredible experience. It wowed almost everyone in the room. 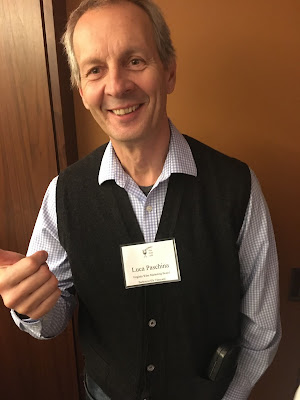 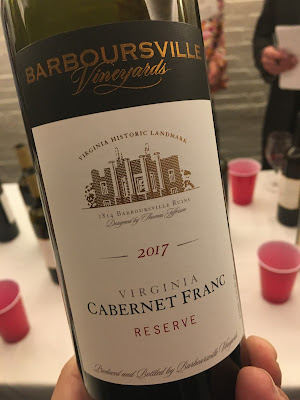 In 1994, 2000, and 2010 Barboursville improved and increased their plantings of the grape, adding numerous clones. This project was overseen by Barboursville's viticulturist Fernando Franco and  Professor of Oenology Denis Dubourdieu. The wines have been winning raves reviews since the mid-1990s. The 2017 was a big, full Cabernet Franc, featuring big ripe cherry, deep dark raspberry and a lovely red cassis. A terrific wine layered with flavors. Beautifully balanced. 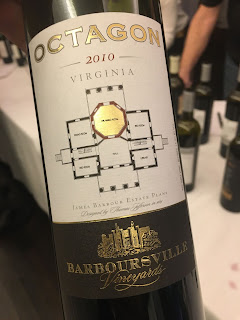 The most impressive wine of the entire tasting was the Barboursville Octagon 2010. Just to be clear, this was a library wine. The current vintage available at the winery is the 2015. However, the 2010 Octogon was drinking beautifully. When originally released it scored 91 in both Wine Spectator and  Wine Enthusiast. Octagon is the poster child for the art of blending estate-grown Bordeaux varietals, Merlot, Cabernet Franc, Cabernet Sauvignon and Petit Verdot. If there were a category of First Growth wines for the east coast, Octagon would be one of the top five.

This wine was a big, deep dark dive into a stew of dark berries, dark cherries, blueberries, dark raspberries, and black currants. Layers of mocha and cedar and vanilla, end with a smooth finish. A wine of many layers and great complexity, truly balanced, it was an immense pleasure to drink.

Hats off the the folks at Barboursville once again. 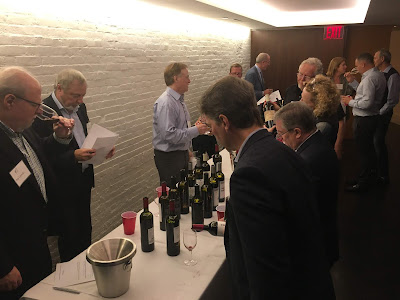