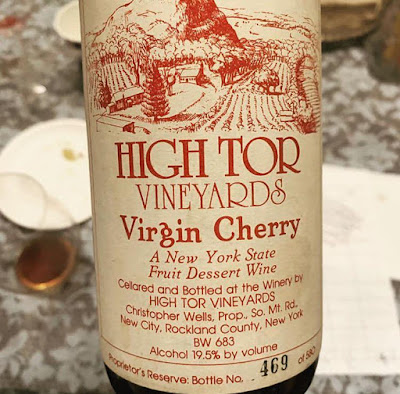 I am a big fan of High Tor Vineyards of Rockland County, NY...a long closed iconic New York state winery once located on the Hudson River. The winery was owned by a quirky man named Everette Summer Crosby. He'd written for stage, radio, and screen, but decided he liked winemaking best. He made High Tor Vineyards a name that was known nationally. His winery was not only notable in the Hudson Valley but as a shining example of New York state wine. He appeared in the New York Times, and elsewhere in the media. Along with Mark Miller, he helped raise the level of winemaking and acknowledgement in the Hudson Valley. Indeed, Miller often sounded out ideas, tips, tricks, and conferred with Crosby on a regular basis. 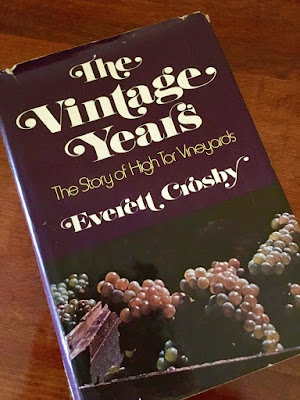 New York economist Christopher Wells bought the winery and continued to make wine into the mid-1980s, but never achieved the success Crosby had there. Well stretched out into fruit and dessert wines while he owned the place, and was featured in 1985 in New York magazine.

Doug Croll, known as the tolerant taster was the person who drank this wine. Apaprently, someone found it in their cellar and ulled it out at a tasting party. The amused Croll posted it. "Enjoyed an old Rockland County dessert wine. No vintage but it was full brown in color..." I was in shock! I immediately pestered the poor poster, known as Toleranttaster.

"It was served at a wine club I am in," wrote Croll. "And it was actually still drinking well."

Today, High Tor is a park enjoyed by thousands each year. The winery and vineyard are long gone.

Still, Croll was drinking a wine that was easily 24 years old. Possibly 25 years old. And it had held up. So interesting what you'll find at a dinner party.