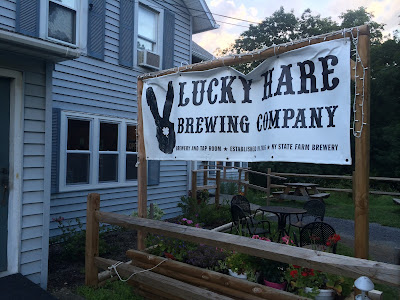 The Lucky Hare Brewing Company opened on May 20th, 2016 in Hector, NY in the heart of Finger Lakes Wine Country. The owners had their 100 year old barn converted into a 3 barrel brewery outfitted with all Stout Tanks and Kettles. Annual  production is approximately 350 barrels of beer. Lucky Hare corporate president is Richard Thiel. Head brewer and company vice president is Ian Conboy, Thiel's stepson.

"Ian put every penny he had into the company," Thiel told Will Cleveland of the Democrat & Chronicle.

"You have to consider not only the business but other people’s feelings," Conboy said. "If we were strangers or friends who got together to start a business, it would be easier to say, ‘That’s a dumb idea.’

The brewery recently was approved for a grant to expand it's operations. So the business after about 2 years id doing well! 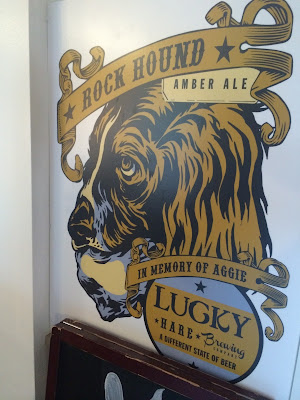 I went with several friends, including my long time drinking companion Rich Srsich. I had the Cezanne, their sour beer. We had one each, the Millennial Falcon, the Blonde Moment, and the Two Can Sam. All the beers were good. 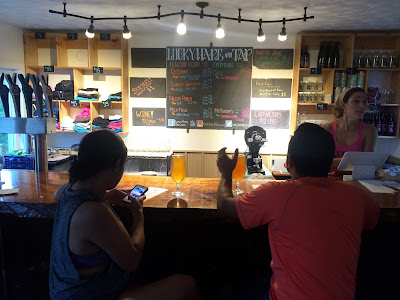 Two Can Slam / Pale Wheat (5.5% ABV / 24 IBUs) is a citrusy ale with notes of lemongrass, and passion fruit. It's a hoppy, white wheat ale that's pretty damn good. The other I recall fondly was the Millenial Falcon / DIPA  (8.6% ABV / 101.8 IBUs) a/k/a Falcon Punch x2 is made with Maris Otter and Flaked Oats. This is a dry hoppped ale that explodes with grass note all over the place. Super refreshing. 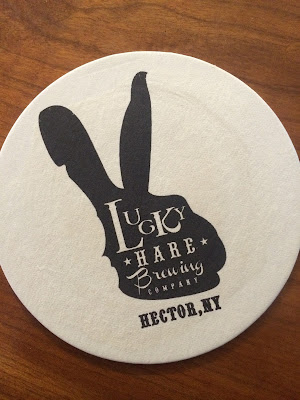 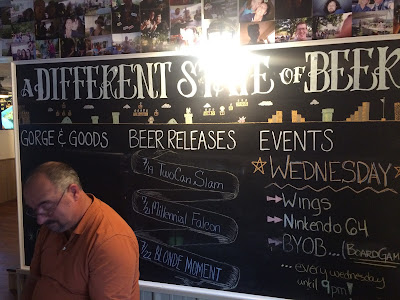 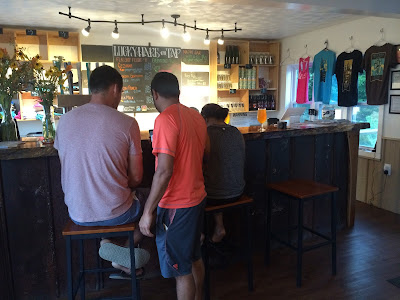