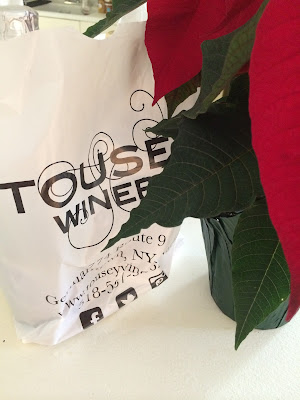 Let's start the conversation like this.... Tousey Winery is one of the best quality wine producers in the Hudson Valley. End of conversation....except....that's not quite true... you see, they're actually getting better....which is quite astonishing, when you figure that they started off pretty great. 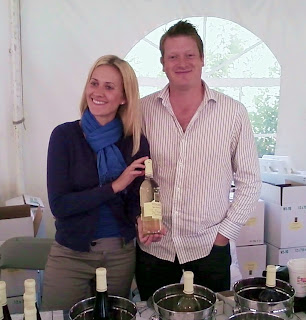 I have known Ben and Kimberley Peacock at Tousey Winery for many years now. And I have always been impressed with their winemaking. Ben took the study of winemaking and viticulture very seriously. He studied under Peter Bell in the finger Lakes and worked with Steve Mudd in Long Island. That's an impressive coaching tree in reverse. So you're thinking he would know how to do his stuff. Kimberley meanwhile is a ubiquitous presence on the farm market and promotional scene in Columbia and Dutchess counties. 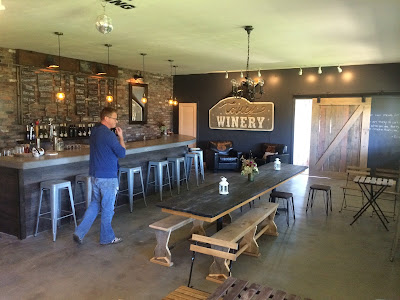 First of all, the tasting room at Tousey has been completely reconfigured for a bigger, bar, able to accommodate more folks!  They've also added a communal table to the place to add extra space for those hanging around a bit. And they've added taps and are selling local brews by the glass. 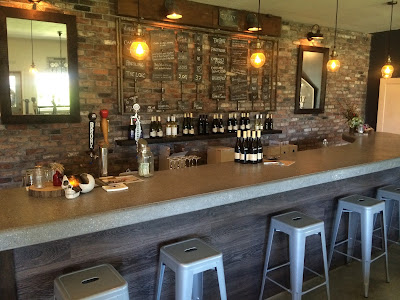 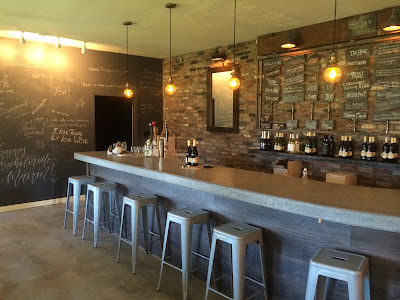 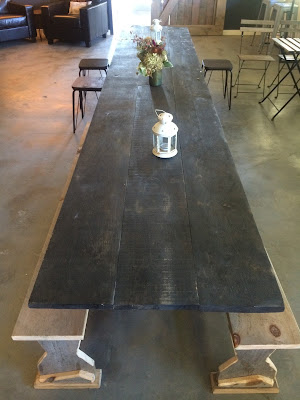 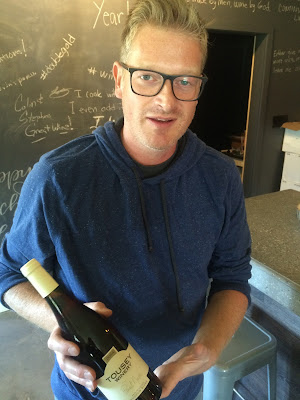 But the real point of this article is the wines. They're always been terrific. Now they are getting great! 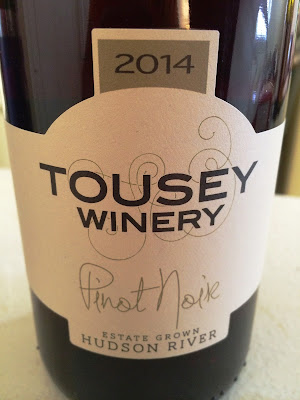 The Tousey Estate Grown Pinot Noir 2014 is a fantastic wine that leads off it's attack with a cherry explosion of bright young red cherries, and dark sour cherries layer on on top of the other, along with lovely light strawberries. Classic notes of lavender and vanilla also come to the fore. This is easily one of the best Pinot Noirs made in the Hudson Valley, and really should be considered in any conversation about New York state Pinot Noir. 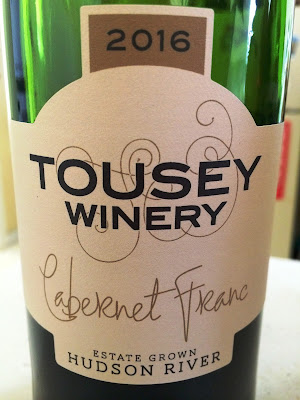 The next wine that was even more of a revelation was the Tousey Estate Grown Cabernet Franc. First off,it's as dark as I have ever seen a Hudson Valley cab franc. And the color is matched with unprecedented taste. Big smacks of dark cherry and young cherry mash together with red raspberry and hints of cassis. It has layers of flavor with mocha and cocoa and graphite and vanilla all blending together. Well balanced with fruit and tannins Great structure. Easily one of the best Cabernet Francs I've had in New York state. Amazing! 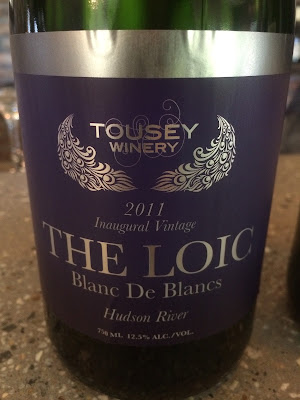 Tousey The Loic Blanc de Blanc Inaugural Vintage 2011 was also a very especial wine. This first premiere in December of 2016. Mae from 100% whole cluster Chardonnay grapes, the whole thing i pressed at 34 F with the idea of preserving the freshness of the fruit. This sparkling wine is made with the methode champenoise method, and take three years to mature in the bottle. Peach and green apple and fresh apple all compete with other tropical notes and are swirled in hints of bread and spice. The wine ends with great acidity and a hint of creaminess. A very very excellent sparkling wine! 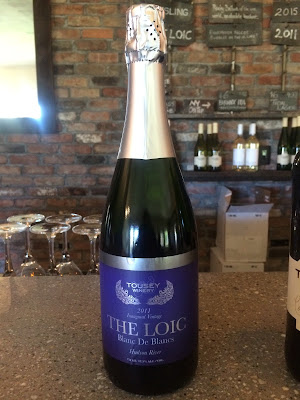 But what's that name from? Ben Peakcock retells the story, "It’s a long story. The name comes from a French chap who was AWOL from the French Foreign Legion. I went to Danish school with him and we became friendly. I invited him over to dinner and he revealed all his woes. AWOL, married a Danish chick but she’s doesn’t love him, probably going to get divorce etc, etc.

"Tiger was only a baby back then. For reasons unknown, he told us his father had an embroidery business in the south of France. A week after the dinner a towel arrives with a tiger on it for the baby! We never saw him again. Fast forward to 2012 and we’re searching for baby names. Kimberley suggests Loic. And I say, no way am I retelling that boring as hell, random towel story for the rest of my life.... I lost." 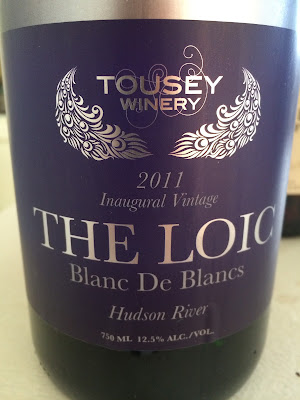 Again, I will say it, Ben Peacock and his wife Kimberly are producing extraordinary wines. One must simply go to Tousey. Period. And you MUST do two things: taste the wines, and secondly, pretend you don't already know the story about Loic, and get Ben to tell it again!
Posted by Carlo De Vito at 9:32 AM