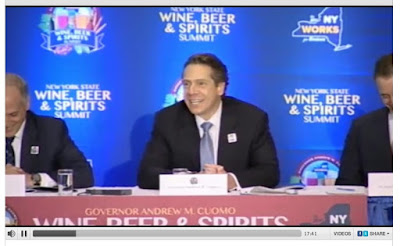 New York now Ranks in the Top Five in the U.S. for the Number of Craft Beverage Producers in every Category 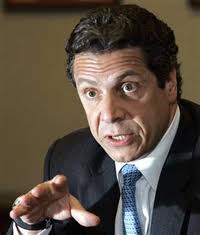 Governor Andrew M. Cuomo today announced the number of craft beverage manufacturers has grown by 50 percent since the enactment of the Craft New York Act three years ago. A direct result of the Governor's Beer, Wine, Spirits and Cider Summits, the Craft Act went into effect on December 13, 2014, continuing the state's support of the growing craft beverage industry. Since then, 340 new craft beverage businesses have opened their doors across the state.

"This administration has worked hard to cut red tape, lower costs and roll back burdensome regulations for New York's craft beverage industry - efforts that are clearly paying off in every corner of this great state," Governor Cuomo said. "I'm proud of the continued growth of this sector, which has created jobs, spurred tourism, supported New York farms and led to the creation of top-notch world-renown products."

Under Governor Cuomo's leadership, New York State has implemented a series of legislative and policy changes to capitalize on the soaring consumer demand for locally produced craft beverages and to make it easier to open and run a craft manufacturing business. These improvements include lowering taxes and fees, providing support for research, creating new licenses for farm breweries and cideries, rolling back restrictive regulations, cutting the time it takes to obtain a license in half and overhauling the state's antiquated Alcoholic Beverage Control law.

Since the Craft Act went into effect, New York State has experienced unprecedented growth in craft manufacturing, with an average of over two licenses issued each week for new breweries, distilleries, wineries and cideries throughout the state. In the three years since the Craft Act was enacted, 35 cideries, 60 wineries and farm wineries, 67 craft distillers and 178 craft breweries have opened for business in the state. Of those 340 new businesses, 260 are farm-based producers that use locally sourced ingredients in their production.

New York State Liquor Authority Chairman Vincent G. Bradley said, "New York is being recognized across the country and across the world for our high-quality craft beverages. Governor Cuomo has fostered an environment in the state that allows these businesses to succeed and grow, and because of this, more and more producers are opening and contributing to the economy."

State Agriculture Commissioner Richard Ball said, "New York's craft beverage manufacturers are smart, innovative entrepreneurs with a dedication to excellence, and it shows in their products. As the industry grows, we are seeing more and more producers using local ingredients straight from the farm, which is beneficial to our agricultural sector and the regional economy. Because of Governor Cuomo's efforts to kick-start the industry, it is thriving and making a strong impression locally, nationally and around the world."

New York State Brewers Association Executive Director Paul Leone said, "As we celebrate the 3rd anniversary of the Craft New York Act, we need to look at far we've come in these few short years. Simply allowing breweries to serve beer by the glass in their tasting rooms has been a game changer for the craft brewing industry in New York State. Not only did it provide breweries with a critical revenue stream that allowed further growth in the hiring of more employees, but also in expansions and infrastructure. Add the enhanced tourism aspect, and you have the perfect storm of economic growth from all 4 beverage sectors. We thank the Governor and his administration for supporting this critical piece of legislation."

New York Cider Association Executive Director Jenn Smith said, "By modernizing the regulatory atmosphere around the production and sale of craft beverages, supporting the growth initiatives of individual orchards and cideries, and nurturing collective promotional programs such as our Cider Week festivals, Governor Cuomo's Craft Beverage Act has made New York a fertile and prosperous environment for the farms and entrepreneurs making cider from New York apples. As a result, New York now leads the nation in number of cideries, and New York Cider is recognized internationally as a beverage of diversity and distinction. Our industry's advancement is an outcome of his vision."

New York State Distillers Guild President Cory Muscato said, "Having now been three years since the passage of the Craft Act, it is even more obvious how much this bill meant to New York's distilled spirits industry. A majority of our membership and industry have made significant investments in their own businesses due to the passage of this bill, including new tasting rooms, production facility equipment, and personnel. We can proudly serve our spirits alongside fellow New York-produced beer, wine, and cider by the glass, opening market access for producers which leads to more opportunities for growth. A tremendous thank you to Governor Cuomo for his leadership in making New York State the poster child of the nation's successful craft beverage industry."

Senator Rich Funke, Chair, Senate Cultural Affairs, Tourism, Parks & Recreation Committee said, "The innovation and development of New York's craft beverage industry in recent years has been vital to tourism throughout New York State, especially in the Finger Lakes Region. Whether it is agri-tourism farm visits, tastings at local breweries, or concerts and other events that draw people to New York this growth is a crucial element to many of our local economies. As Chair of the New York State Senate's Tourism Committee, I look forward to continuing to work with my colleagues to support the advancement of the craft beverage industry."

Senator Patty Ritchie, Chair, Senate Committee on Agriculture, said, "Each and every day, New Yorkers are looking to eat—and drink—locally made products. The potential of our craft beer industry is unlimited. With every step we take in unlocking that potential, we are not only supporting the industry, we are also creating jobs and boosting the bottom lines of our hardworking farmers. In recent years, I have been proud to spearhead changes that make it easier for our state's craft beverage producers to flourish and look forward to the continued growth of this booming industry."

Assembly member Daniel J. O'Donnell, Chair, Assembly Committee on Tourism, Parks, Arts and Sports Development said, "The flourishing craft brewery industry is a major win for all New Yorkers- farmers, consumers, tourists, upstate, downstate- and beyond! I'm excited to see the continued success of these businesses and the communities that they support as the industry expands over the coming years."

Assemblyman Bill Magee, Chair of the Assembly Committee on Agriculture said, "The Craft New York Act has bolstered the craft beverage industry through legislative reforms of regulations, easing red tape and increasing interest in brewing craft beverage products, and adding new market outlets, allowing these businesses to become major contributors to our agricultural and tourism economies, and creating new jobs and opportunities across the state."

The changes have not only ushered in an explosion in the craft industry, but have also generated employment and economic development for supporting industries, including bottling, construction, freight, printing and advertising. New York agriculture has benefited directly from the Farm Brewery and Farm Cidery legislation through increased demand for locally sourced farm products. According to Cornell University, the acreage of hops grown in New York State has nearly doubled from 2014 to 2016, and the acreage of malting barley has increased by 374 percent in the same two-year time period, from 422 to approximately 2,000 acres. At the same time, to the growth of agritourism in the craft beverage sector further bolsters New York's massive $100 billion tourism industry.
Posted by Carlo De Vito at 9:41 AM