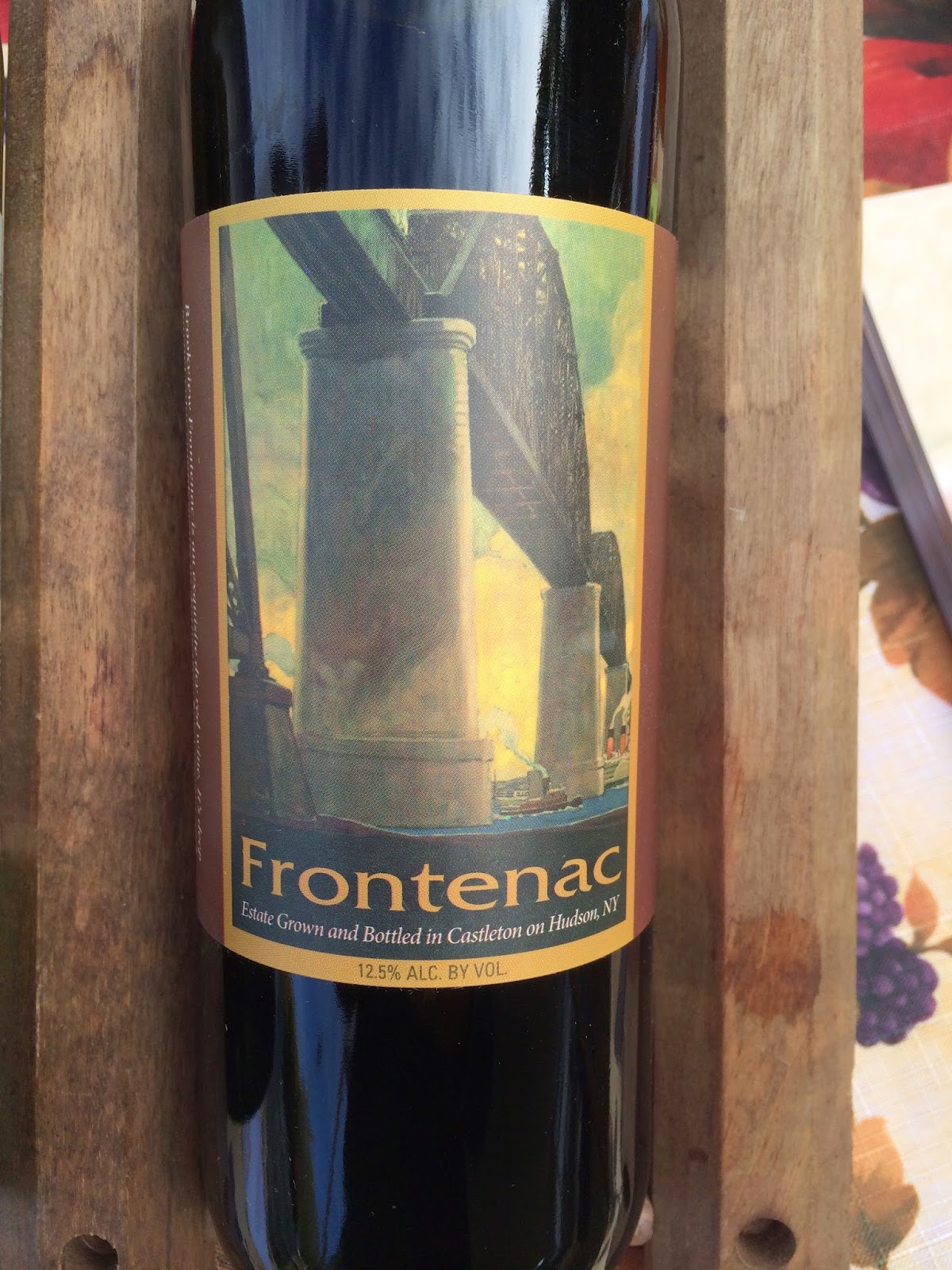 So, one of the most amazing things to see at the recent Taste Camp 2014 Hudson Valley, was the reaction of many f the writers and bloggers to some of the wines made from Cold Climate grapes, especially those of the Minnesota varieties. They were listed among some of the favorites of the entire trip for many.
First up for me was the Brookview Station Frontenac. I think it's a killer! I am not a huge fan of Frontenac, but I think it's got awesome potential for port. But this bottle of wine, which I first taste when it as just released, and matured remarkably in the bottle. Big deep flavors of dark cherry and cassis. A big, impressive wine, that can age many more years in the bottle. Crying for a charred steak. 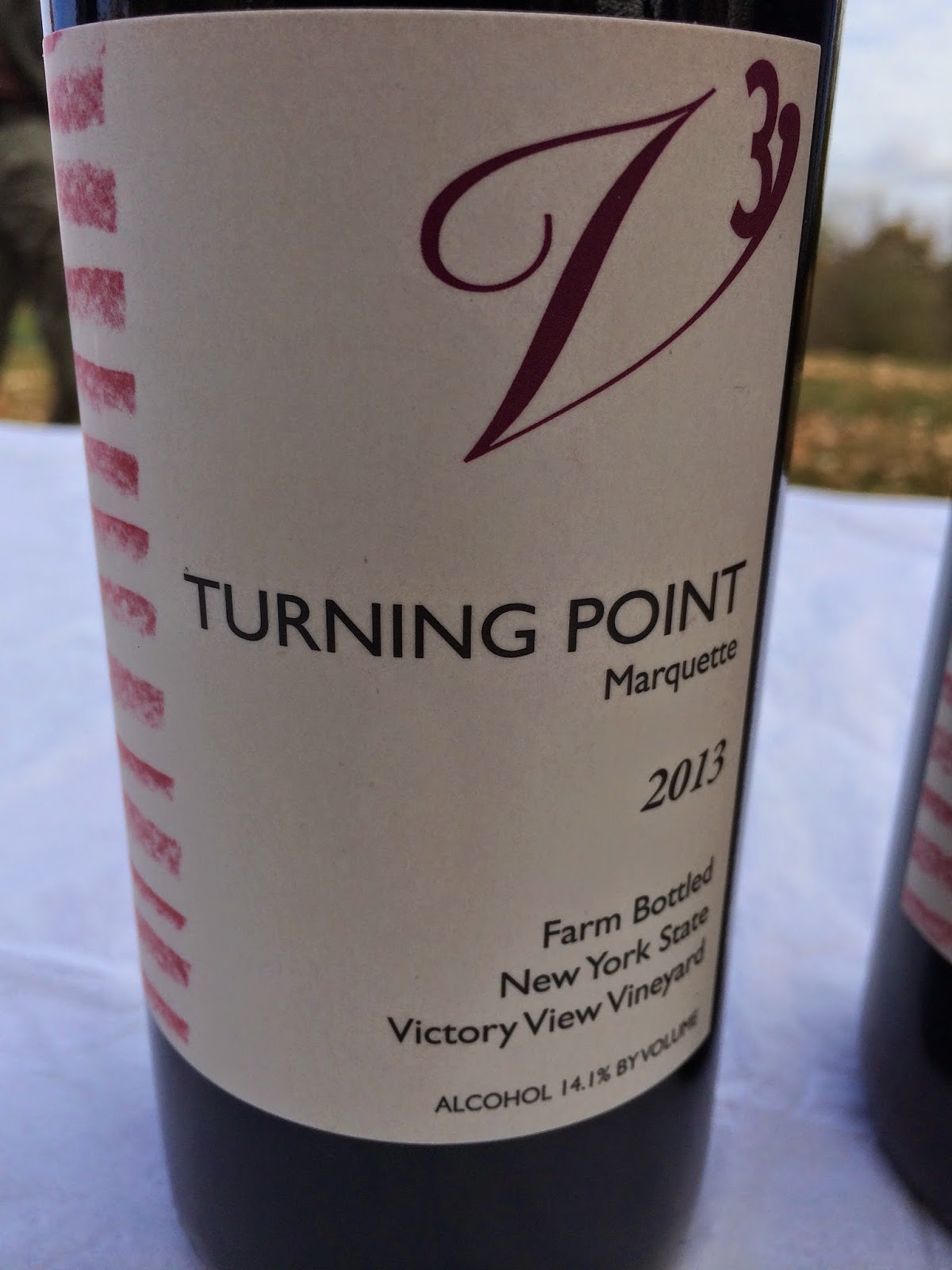 Next, among the absolute favorites of the crowd, was Victory View's estate reds, especially the Marquette. Marquette is gaining lots of fans, especially with Lincoln Peak's version, from Vermont. But this new wine from Jerry Barnard.
Todd Trzaskos had written in the New York Cork Report in 2013, that Barnard's Marquette had "rich cherry and wood spice notes on the nose, a nice round mid-palate of red fruit compote, and while the alcohol showed a bit, I was impressed by the overall weight and balance."
Lenn Thompson, Editor--in-Chief of the same publication, wrote of the 2013 'Turing Point' Marquette from Victory View, "In the northern extreme of the Hudson Valley, owner-winemaker Gerry Barnhart is focusing mostly on Minnesota hybrids that can withstand the often-extreme weather of his site — with impressive results. This Marquette shows black and blue fruit with a subtle earthy streak and smokey notes from time in American oak. I look forward to trying more of his wines in the future."
Diane Letulle in Wine Lover's Journal, "Perhaps the boldest wine I tasted during the weekend was from another little known grape, Maréchal Foch.  I myself had experience imbibing this wine from family vacations in Nova Scotia.  Winemaker/owner  Gerry Barnhart explained that he wanted to choose grapes that would grow well in their climate, and that this one is a hardy variety that can withstand tough winters.  I found it a balanced red wine with strong black fruit character – a hearty pour for stews and red meat, but still with lighter tannic structure and no cloying jamminess."
Julia Burke wrote in Stellenbauchery," Victory View Vineyard offered up 2013 marechal foch and marquette in perhaps the best examples of the grapes I’ve encountered. Both had firm but balanced structure, clean, fresh fruit, and beautiful plum/pepper/cherry flavors throughout. I felt better about my marquette––which is currently finishing up its malolactic fermentation––knowing that this kind of quality is possible."
As for me? I thought the Marquette was incredible. Big, concentrated fruit, up front, with dark cherry and cassis. Lovely acidity and a nice dry finish give this wine great balance. A beautiful, sophisticated wine. Just r=writing this reminds me I have to buy a bottle or two. 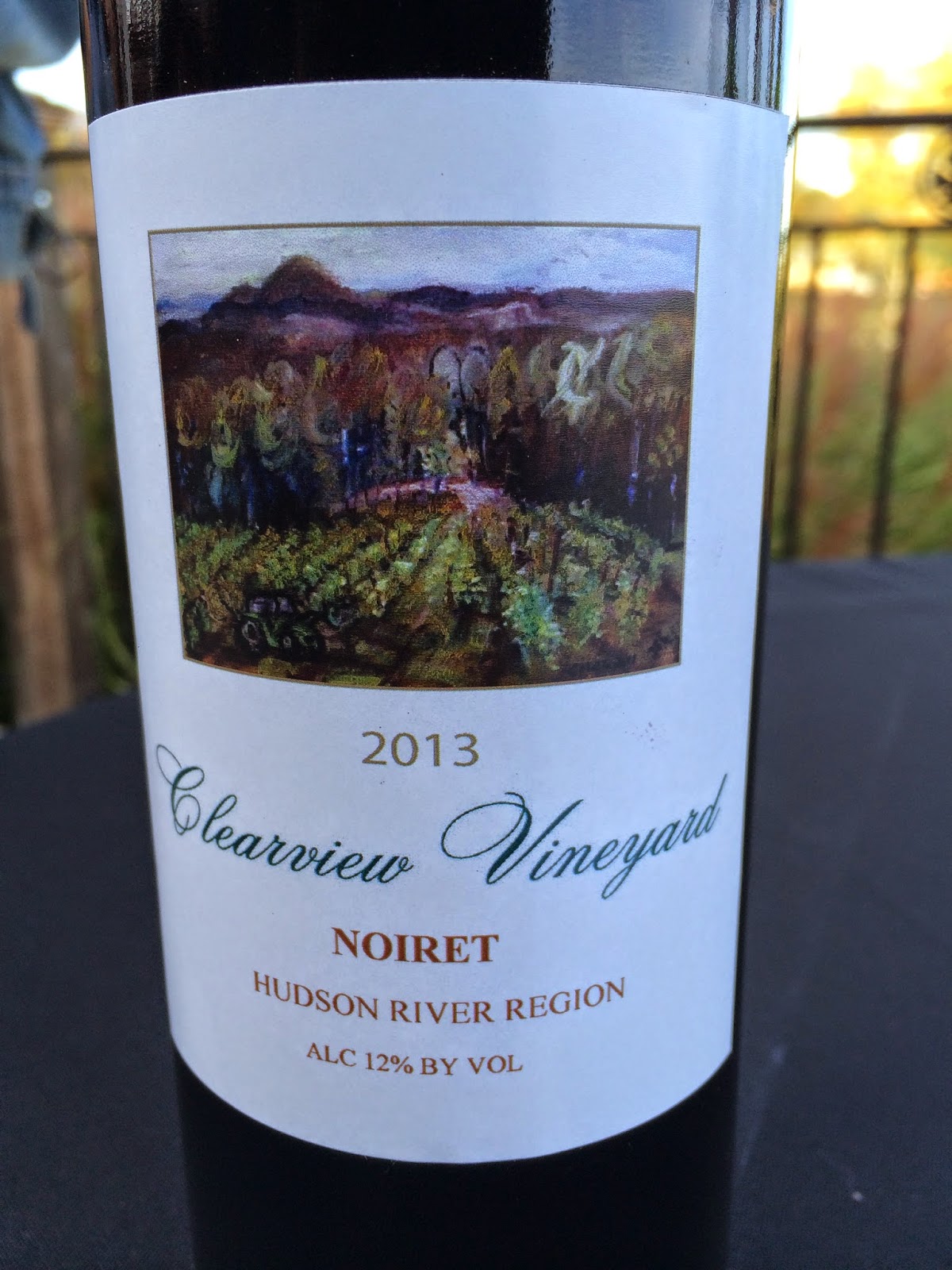 The next two were a quandary for me. I am admittedly, not a fan of Noiret. But I have to admit that both Clearview Vineyard and Brimstone Hill made some pretty damn good wines from this variety. Both had big dark fruit up front, with a nice middle, and a clean, dry finish. Both Frank Graessle of Clearview and dick Eldridge of Brimstone made very well-balanced wines, which seemed perfect for pairing with lighter cuts of meat like chicken, pork or veal, as well as turkey, and might be even better as a counterpoint to big dishes of spicy pasta. Both were really lovely!
Posted by Carlo De Vito at 4:47 AM