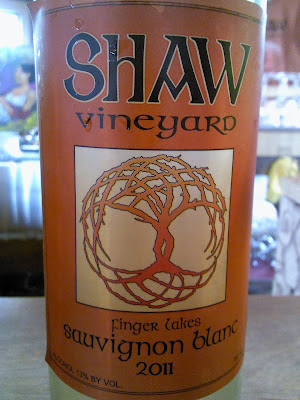 I have known Steve Shaw a while now. We have shared dinners, bottles of wine. Phone calls.  We have broken bread, as they say. They care about quality wine. They are passionate about it. And I can say the same for Steve Shaw Jr. who is as smart a young professional as there is in the business today. If her were not working with his father he could easily hold his own in another organization. On the other hand, Steve Jr. is learning from one of the best in the business. They are two professionals. 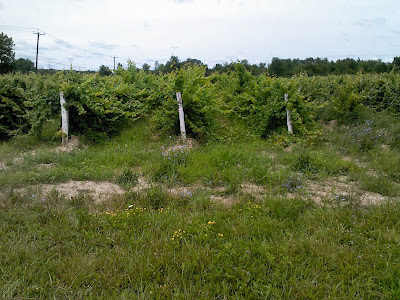 Winemaker Steve Shaw has been a high-quality grape grower in the Finger Lakes for more than 30 years, contributing to the region’s growth and emergence as a world-class producer of vinifera wines. After learning the winemaking craft during the 1990s, Steve Shaw founded the Shaw Vineyard label in 2002 and in 2004 built his production facility and tasting room on the western shore of Seneca Lake near Himrod, NY. 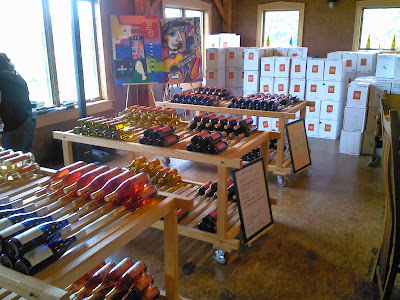 Shaw Vineyard is dedicated to the production of vinifera wines in a dry, cool-climate style reminiscent of the great European producers. Steve is a strong proponent of the theory that the Finger Lakes possesses the soil and climate necessary to produce many of Europe’s great varieties, he continues to experiment with his vineyard and his production facility, improving the quality of both his white and red wines. 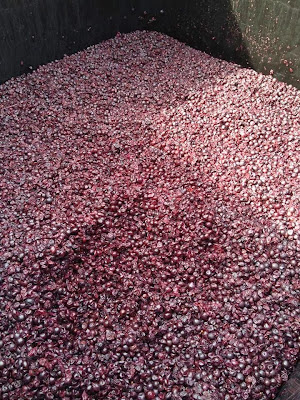 The season Steve Jr. kept me very in touch with their harvest/ A bountiful and good one this year, 2013. The vineyard for Shaw is located on the shore of Seneca Lake (behind the tasting room), sloping downward gently from the road toward the lake shore. The good drainage and southern exposure produce ripe grapes used in the majority of Shaw wines. The 22 acres of vines were planted between 1999 and 2001. 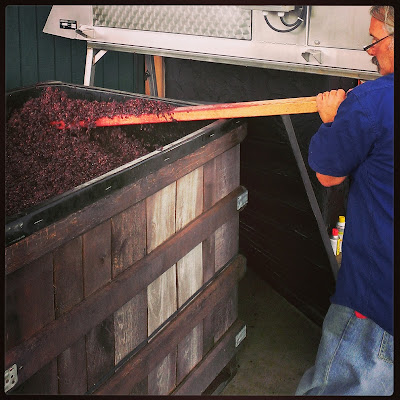 The original 28 acre Shaw (pre-dating the winery ), was planted from 1980-1981. This vineyard factors into some red blends such as the Keuka Hill Reserve. Located on top of a ridge overlooking the eastern shore of Keuka Lake. 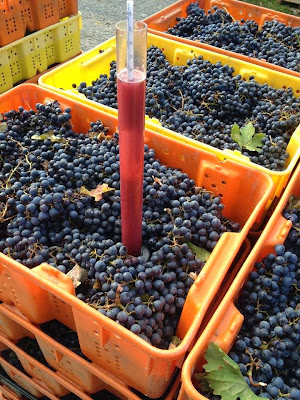 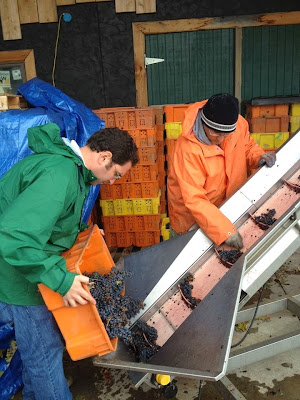 I have a tremendous amount of respect for both Steves. They are committed to making great wine, and spreading the word about quality New York dry wine. 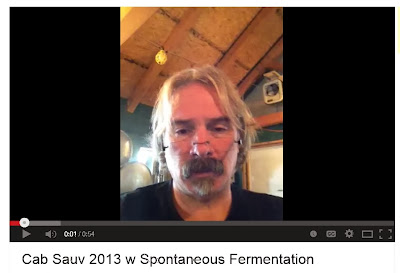 Here's a video of Steve pumping over his Cab Sav from 2013
http://www.youtube.com/watch?v=AbFxXtCft4k&feature=youtu.be 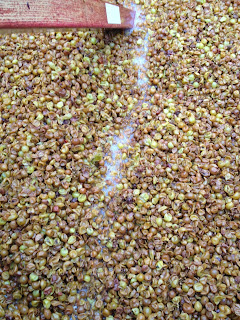 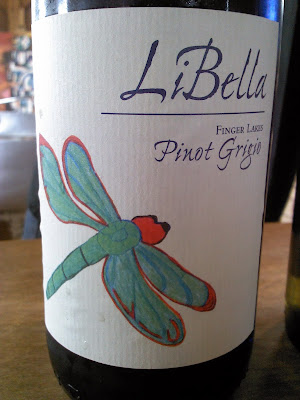 I first met the Shaws at the Finger Lakes Wine Festival years ago. The first wine I tried was their LiBella Pinot Grigio. The Li Bella line at Shaw Vineyard is made with the same exacting standards as all other Shaw wines. The grapes for the Li Bella Pinot Grigio are sourced from Shaw’s Seneca Lake vineyard, and are picked by hand after extended hang time. is fresh and fruity, with slightly more sweetness than the winery’s other whites (about 1.4% RS). But it also has a zippy acidity that keeps the wine lively, fun, and delicious. Light and beautifully balanced.
The Sauvignon Blanc 2011 was wonderful!!! A big zippy white wine, with leon and green apples and tropical fruits on the nose, but with a lemony ending that makes this light, bright, sophisticated white absolutely spectacular. 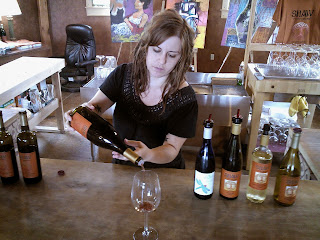 This past July I visited the tasting room while up in the Finger Lakes. Neither Steve was there. I arrive with friends Bryan Van Dusen and Rich Srsich. I hadn't been there in a while, and I wanted to taste some of their wines and see how things were going. A god healthy curiosity is always important when drinking wine. That, and wanted to experience good wine. And I had no reason to doubt otherwise. 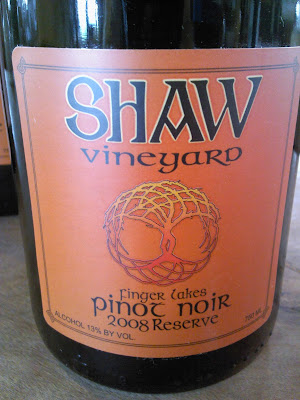 The Pino Noir 2008 Reserve is a lovely styled Burgundy. A gorgeous garnet color that sparkles in the glass. The wine has a earthy nose with bright cherry and strawberry. Those flavors come through across the palate, as well a lovely mineral quality and some nice spicy notes at the back. It's complex, beautifully balanced. Their Pinots have to be listed among the best Pinots on the east coast. Fabulous! 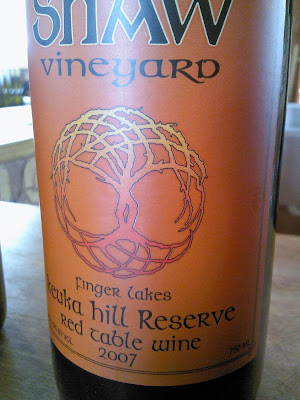 The Keuka Hill Reserve 2007 is from the original vineyard, with vines that are up to 20+ years old. This dark, complex wine. It is a Meritage of Cabernet Franc, Cabernet Sauvignon, and Merlot. Aromas of chocolate, dried herbs, and dark blueberry come through as promised as well as dark cherry. A nice, dark, smoky wine with lovely, easy tannins and good balance. This a great bottle of wine, perfect for dinner, and entertaining 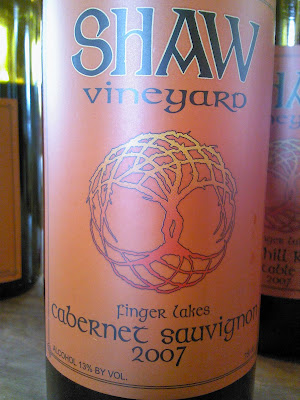 The Cabernet Sauvignon 2007 was incredible. The Steves have a way about them when it comes to red wines, and this one is no exception. This is a classic, chewy red, with lots of dried cherries, blueberry and cassis not only on the nose, but on the palate to. Dark chocolate and a hint of vanilla also come across. Big, dark, red, this lovely dry wine has big fruit up front and lovely tannins, and enough acidity on the tongue to keep the fruit alive there for a good long time. Wonderful!!!!! 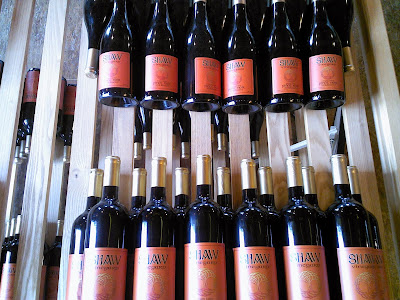 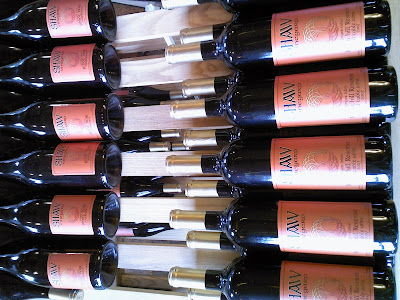 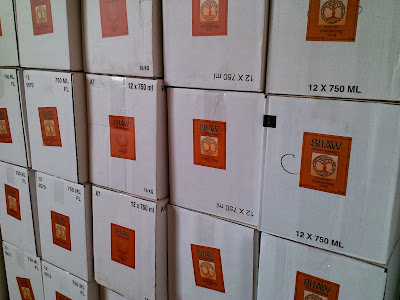 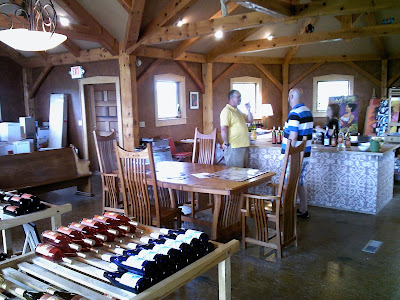 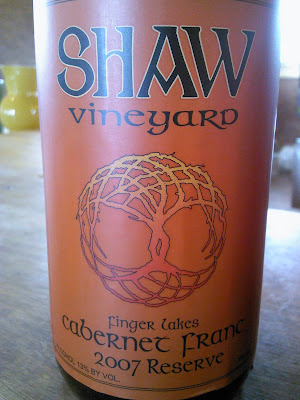 The Cabernet Franc 2007 Reserve is a special wine. It again reminds me more of Burgundy than California. But the wine is so good, it's almost an absolute shame to have to describe it. Bright and dark cherries, flint, exotic spices, vanilla, a touch of raspberry? Lingonberry? A slight whiff of green hay, The acidity here is wonderful, and the tannins and fruit are all in balance. Drink it, store it, do both. This is a quality wine that stands out like nothing else. An absolutely fantastic wine! 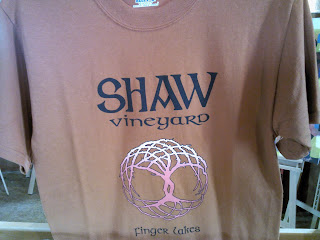 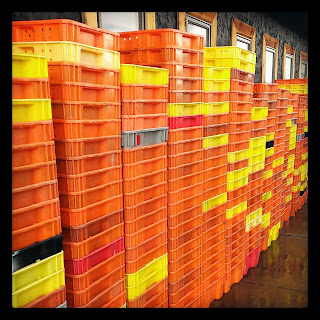 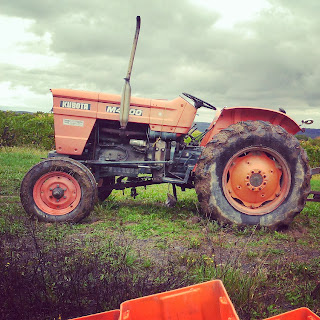 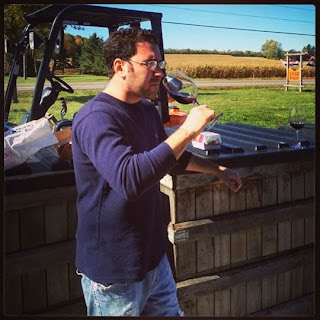 The tasting at Shaw, which was completely unplanned, and impromptu, confirmed what I already knew...Shaw Vineyards is one of the best producers of quality wines in New York state, and deserves to be mentioned in the bigger conversation of east coast...and beyond. If you are not visiting Shaw Vineyards when you are in the Finger Lakes, and especially if you are a re wine drinker, you are missing out!!!


If you don't believe me, go to this page and read the dozens of positive reviews of their wines!!!
http://shawvineyard.com/About/Reviews.aspx
Posted by Carlo De Vito at 6:18 AM