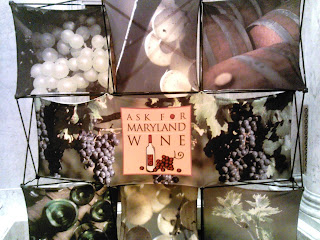 The Drink Local Wine 2013 wine conference is over. Two mightily packed days of fun and information all downloaded with a glass of wine or two. Of course, Maryland wine was the big winner. It was the recipient of much love and affection, and rightfully so. It was an absolute triumph for Kevin Atticks and his crowd. The wines, for the most part, showed beautifully And what really shown was that Kevin and his marketing team have the message and the showcasing well in hand. And the winemakers are growing in number, and making better wine than ever before.


But for me one of the really fantastic moments was a small one a lot of other people ignored. When Robert Deford was on stage talking about the history, the legacy of Maryland wine. He mentioned all the appropriate people.  Etc. 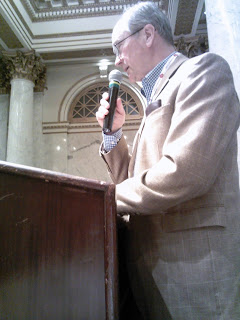 Robert Deford of Boordy Vineyards
Bob has been at the head of Maryland’s oldest and largest winery for 33 years. He has over seen a massive transformation. He has been at the forefront of conservation and sustainability. But he’s also been deeply engrossed in fighting the legal system in Maryland that held sway for a long time, and really proved to be the barrier for the state’s wine business.


1.       Science and research were key. Without these, winemaking was still in the dark ages, and quality would never improve.


2.        Organizing or organization of the wineries was key. You could fight like family behind closed doors, but when you went out side, everybody had to smile and be on the same page.


3.       The wineries needed a political voice. The laws were set up to prevent the wine industry from growing, and it took a lot of political wrangling to get the state onboard with growing the wine business as an extension of the agratourism movement.


4.       Last was that he industry had to learn how to market their wine together.


No matter if your wine industry is in Maryland or Kalamazoo, these legs are all super important. But more importantly, Deford had an epiphany at the conference, when he realized that 2001 was a watershed year for Maryland wine. 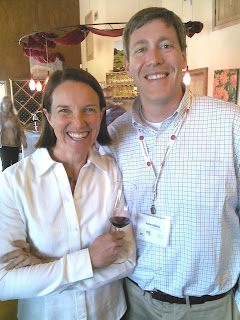 Kevin Atticks with Sarah O'Herran of Black Ankle
That was the year the Maryland Wine Organization hired Kevin Atticks and Joe Fiola. Kevin Atticks took care of the marketing. He’s smart, savvy, funny, and has a sharp, light footed marketing team around him. Atticks has helped promote the industry by promoting festivals, trails, and awards. He’s done a great job being cheerleader to a winning team. Attick’s troopers know twitter, facebook, and keep the media going at all times, sending out electronic news letters to wine writers, and parading a steady stream of successful wineries out every month of the year. 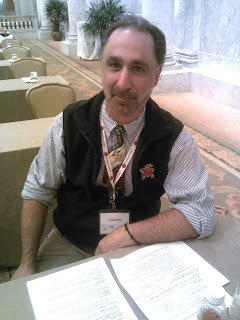 Joe Fiola
The other accomplishment was in hiring the winemaking-est Wine Prof on the east coast, Joe Fiola. Fiola’s arrival, like that of Mark Chien in Pennsylvania, created the chain reaction Deford was talking about.  Fiola is an odd hybrid of Extension expert (he can assist in site selection, planting selection, and vineyard planning) as well as a master winemaker (he makes more experimental wines, with more practical applications than any other wine prof on the east coast). He is fantastic!


These two combined hirings amounted to a watershed moment in Maryland wine. One helped create the best practices for vineyard management and winemaking, and the other for promoting the accomplishments of the industry.


I thought this was an important thing to impart. It’s the kind of thing that gets lost…that a region…and wine start in the same place.
Posted by Carlo De Vito at 7:12 PM