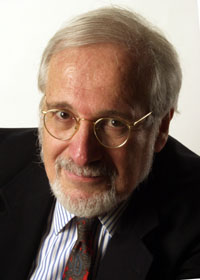 
Many red wine lovers consider pinot noir and duck an ideal combination. And many fans of duck think the white Pekin breed farmed on Long Island is America’s best. That’s where East End pinot noir producers come in.
But there are only a few. The simplest explanation for that lies in pinot’s nickname: the heartbreak grape. It is notoriously difficult to grow successfully, and its wine can be unpredictable. In Suffolk County, long-established reds — merlot, cabernet franc, cabernet sauvignon — cause growers less worry.


When Louisa and Alex Hargrave, pioneers of Long Island’s wine industry, founded the Hargrave Vineyard in Cutchogue 40 years ago, they planted pinot noir. In 1999, they divorced and sold their estate. The new owners renamed it Castello di Borghese Vineyard, and kept pinot noir as a highlight of their wine roster.
All of the seven pinots tasted last week would complement the dark meat and crisp skin of rotisserie-cooked, oven-roasted, grilled or smoked duck, as well as braised duck legs, pan-seared duck breast with a fruit sauce and duck with black pepper.
The star was the sophisticated 2010 Corchaug Estate reserve ($60) from McCall Wines in Cutchogue, which specializes in the grape; its combined breadth, depth and length was world-class (as its price might suggest). McCall’s regular 2010 Corchaug Estate ($39), almost as serious, was round and plummy.
Close behind was the sultry, fat and assertive 2009 Sarah’s Hill pinot ($39.95) from Jamesport Vineyards, in Jamesport. The 2008 Sarah’s Hill ($39.95) was bright and, pleasingly, slightly funky.
The versatile 2010 pinot ($28.99) from Martha Clara Vineyards, in Riverhead, was spicy and near-sweet. Castello di Borghese’s lightweight 2008 ($28.99), made in a basic Burgundy style, was easy-drinking. And the amiable, refreshing 2009 reserve pinot ($30) from Laurel Lake Vineyards, in Laurel, was redolent of black cherry and slightly smoky.
For maximum enjoyment, these wines should be decanted at least an hour before being served.
Read more at:
http://www.nytimes.com/2013/04/14/nyregion/pairing-long-island-pinot-noir-with-duck.html?_r=0