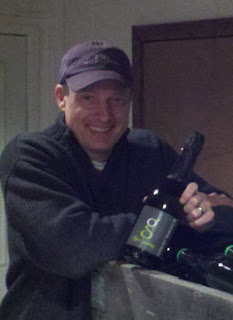 Relatively new to the local wine industry, Matt Cimino has certainly established himself as a prominent winemaker in Maryland. He started building Great Shoals Winery in 2009 and released the first product in March of 2010. Since then, his unique sparkling wine has been soaring in popularity.

The name of the winery was chosen for both sentimental and practical reasons. Great Shoals is a body of water at the mouth of the Wicomico River and there is a lighthouse that marks the entrance. When Cimino was a young man he did a lot of sailing on the Chesapeake Bay with his father.

“Upon returning home I would see the lighthouse and it was a sign that I was back near the home harbor,” he said. The body of water also characterizes Chesapeake living to Cimino, which made it an appropriate choice for his winery’s name. 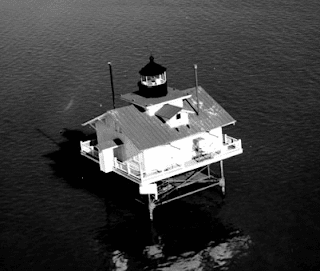 “I’ve always had a keen interest in the wine industry,” said Cimino, whose interest in wine led him on travels to the wine-growing regions of the west coast and Europe in his 20s and 30s. Actually, he was so interested that he decided to make quite the career change.

Cimino got his Ph.D in plant biology at the University of Maryland College Park. He went on to become a forensic botanist and was the director of a research and development laboratory. For about ten years he developed DNA identity testing for herbal dietary supplements. “I guess you could say I was an evolutionary biologist, and then went into forensics for awhile,” commented Cimino. “And then I decided to make another big change and go into the wine industry.”

Cimino uses apples, pears, peaches, grapes and local pomegranates to produce both champagne- and cider-style wines. Why only sparkling wines? “I felt like that was an area of the wine industry in Maryland that wasn’t very well represented,” said Cimino. He explains that a few wineries make sparkling wine but they are hard to find and not enough are in distribution. “It was easier to differentiate myself from other wineries by not making still wine,” he stated. 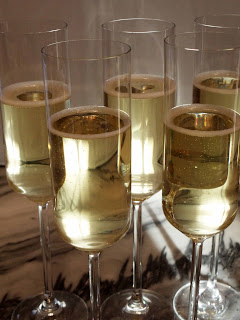 For 2012, Cimino is hoping to produce about 1,500 cases of sparkling wine. Last year 550 cases were produced but Great Shoals sold out of both their hard apple cider and pomme grenade. “We’re trying not to let that happen again this year,” said Cimino.

Cimino enjoys the Great Shoals Apple Sparkling wine the most and is optimistic about the 2011 Spencerville Red Hard Apple. The delicious sparkling wines will now be distributed in Washington D.C., Virginia, and Delaware. “We’re happy with the success from our first year and we’re looking forward to growing more in 2012,” expressed Cimino.
Posted by Carlo De Vito at 9:35 AM