What Brotherhood’s Expansion Means to the Hudson Valley 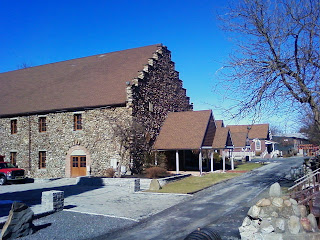 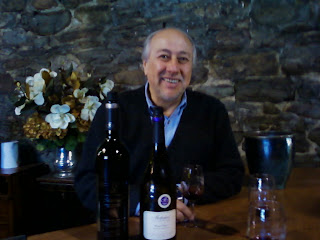 Bigger is not always better. I can think of a lot of wines that I truly love; I’m one of those jerks who loves a hard to find wine. The easier it is to find, the less attracted I am to it. I also loved women who played hard to get back in the day, as they say.

But let’s be honest – sometimes size matters. Back in California, in the late 1960s and early 1970s, there were a lot of small wineries making quality wine. But my mom and dad, who were avid wine drinkers, had never heard of them. And despite the Judgment of Paris, and the eyebrow-raising wins of Chateau Montelena and Stag’s Leap in competitions, most people didn’t know what was going on in California wine. That was until Robert Mondavi.

Mondavi had cashed out of his family’s rather sizable and profitable winery, and wanted to create a new winery – a large winery that could make quality wines. While the Stag’s Leaps and Montelena’s of the world worked the critics, Mondavi moved an industry. He became the ambassador of California wine. His winery was originally thought of as a folly, with its massive scale and his exclamation point on quality dry wines.

In fact, Mondavi’s gamble paid off, not just for him, but for all of Napa. Today, Mondavi is one of the first tours I recommend to anyone who wants to go see wineries and vineyards for the first time – because it remains the best tour for the general public in the industry. It is the show place for quality Napa wine.

The Hudson Valley has always needed a Mondavi. Cesar Baeza has always been one of our best ambassadors. But with the fire that ruined the winery some time ago, he has been fighting the good fight with one arm tied behind his back. But with the official unveiling of what has been transpiring over the last 12-24 months, Brotherhood, America’s oldest winery, in Washingtonville, NY, is set to dominate the Hudson Valley landscape for the next century.

There is a lot of expansion going on up and down the valley. And it all symbolizes a vibrant and growing wine industry. Brotherhood, Whitecliff, Tousey, Hudson-Chatham are all expanding. After a disastrous fire, Millbrook also used the tragedy to also expand. This kind of invest by the local banking community signifies a confidence few New York industries can boast of. And many of the valley’s wineries are making more wine than ever.

But Brotherhood’s new facilities are a shining beacon in the Hudson Valley, confirming it once again as one of the flagship wineries of the valley. 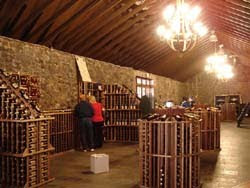 Firstly, they have the largest tastingrooom in the valley. And it is richly appointed. The grand hall, in use last night at the unveiling of the reconstructed winery, was festooned in all its glory, and flexed its prowess as one of the grandest wine spaces in all of the valley. It was chock full of people - press, wine industry executives, and many Manhattanites up from the city’s wine industry come to take a look at the grand dame’s new charms. 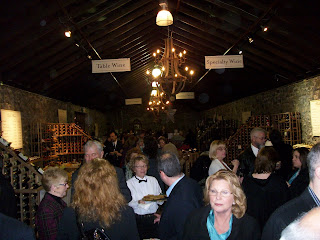 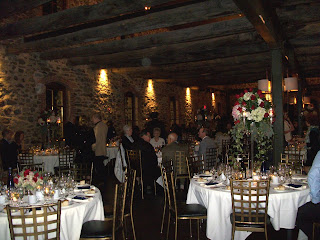 Secondly, they have the largest and most richly appointed banquet hall of any winery in the valley. It was shown off for the very first time last night. The fieldstone walls, at least 2 ½ stories high, are pebbled with large, round, smooth river stones, that give texture to the massive room, which is tied together by gigantic wooden beams (giant tree trunks really), and lit by wrought-iron and barrel stave chandeliers. It is a stunning room, which also has a large, and sumptuous stone patio outside (with the same footprint as the hall) to accommodate even larger parties.

Outside, the guest house/inn is at the end of the complex. And of course, there’s the incredible restaurant, Vinum, there within the friendly confines of the compound as well.

But while all this bling is in fact important, the most impressive thing is the new winemaking facilities. With a giant phallanx of four-story stainless steel tanks, Brotherhood, which already had incredible capacity for any winery, suddenly catapults itself into a whole new realm. The new wing of the winery holds hundreds of thousands of gallons. And the tanks are full!! Brotherhood is now, without question, one of the largest wineries on the east coast – bar none. I have traveled to California, Spain, France, Chile and many other places. This might not be Ernest and Julio or Campo Viejo, but trust me, it’s big. Very big! 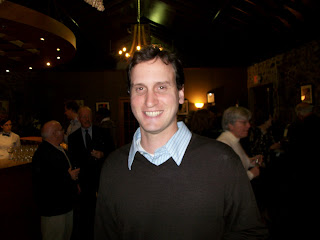 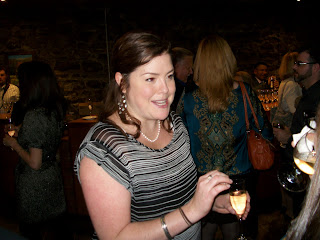 But even so, CEO Baeza is also rich in talent, with a team who has grown into a formidable force. Hernan Dosono is the president, who has spent many grueling, long hours overseeing the details of this magnificent expansion. Winemaker Bob Barrow (who has definitely grown into his job after nine years working under Baeza) is up to the challenge, especially with experienced wine veteran Mark Diagle as the winery manager. And of course there’s Brotherhood’s ubiquitous and charming marketing manager Colleen Hughes, who seems to be everywhere at once. She and Baeza are constant ambassadors for the Valley. Working in New York City as I do, I see many industry leaders during my time there. It is not uncommon to see Baeza at a national or international industry wine tasting dominated by other states or countries, or to see him in the offices of the industry’s magazine offices. 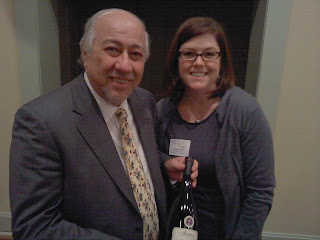 And Brotherhood wines are everywhere. They have the widest distribution of any Valley winery. Heck, they have some of the widest distribution of any New York state winery. No matter if I am in Connecticut, New York, New Jersey, Pennsylvania, where ever, there always a bottle of Brotherhood somewhere on the shelves. That is the most important ambassador – with great power, goes great responsibility. 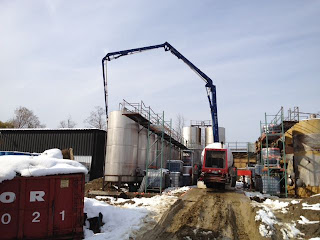 And for anyone who’s thinking – what’s this all about? Where did all this money come from? We’re talking millions of dollars. That’s a great question. The first sign of a region on the rise is investment of foreign capital. Brotherhood’s ownership group is backed by Chilean capital – and not some uninformed group – but by substantial people in the Chilean wine business. This is another reason why Brotherhood’s expansion is such an important signpost in the valley’s growth. Where else in New York state has foreign investment been so substantial? Nowhere else but the Hudson Valley. 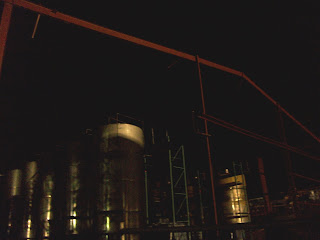 Like Mondavi did more than 40 years ago in Napa, Cesar Baeza, along with his team, have created an incredible new winery wonderland, with magnificent halls, new wine making facilities, an incredible restaurant, and a stellar new winemaking facility. The Hudson Valley now has the crown jewel it rightly deserves, and the richly appointed ambassador it needs to represent the valley. Both valley winemakers and Valley consumers, should be thrilled with what is happening in Washingtonville, NY.