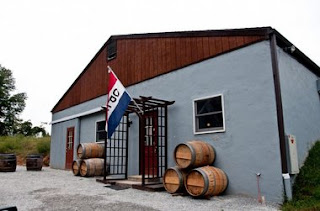 The Pennsylvania Wine Society has released its 10 finalists for its 10th judging of Pennsylvania wines, an event that always gets its annual list of activities under way. Recognition, including the naming of the best wine, will start at 2 p.m. Sunday, Jan. 15, at the Harrisburg Hilton. You can find out more information here, including how to get tickets.

Denise Gardner, the state's new enologist, will be the guest speaker.

A couple of quick observations before showing the list, which includes the top 10 and 10 more honorable mention. Three of the 20 are Chambourcin, supporting what some in the region have said about the French-American hybrid's potential to be made consistently into award-winning wine here.

Also, Allegro's Carl Helrich placed four wines in the top 20, all of them Bordeaux blends (Cadenza and Bridge). Allegro is a central Pennsylvania staple and one of the oldest wineries in the state. Crossing Vineyards, from over at Washington Crossing near the Delaware River, placed two in the top 10 (a Cab-Merlot blend and a 2008 Merlot) and one in the second 10 (Chambourcin).

Here a link to the lists and some chatter about the event, or you can just look below (the lists are in alphabetical order)

Read more and see more recommended wines at:
http://blog.pennlive.com/wine/2011/12/allegro_places_four_in_pennsylvania_wine_societys_top_20.html
Posted by Carlo De Vito at 6:39 AM