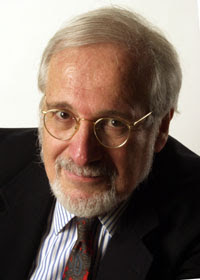 One Long Island vintner has joined the numbers of those with tasting rooms at locations away from the wineries, and another is planning to open such a satellite as well.

Peconic Bay Winery, in Cutchogue, opened Empire State Cellars, its second sales outlet, in November in the Tanger Outlet Center, a Riverhead mall. It also sells its wines at its tasting room in Cutchogue.

Roanoke Vineyards, a Riverhead boutique winery, has plans for a second shop this year, an owner, Richard Pisacano, said in an e-mail; it will be in Mattituck. “Our main tasting room may eventually be open to our wine club members only,” he added.

Producers holding farm winery licenses, as most Long Island wineries do, can establish up to five tasting outlets in addition to the one at the winery, James Trezise, president of the New York Wine and Grape Foundation, a trade association, said in an e-mail.

There are 54 satellite stores statewide, and applications for two more are pending at the State Liquor Authority, Mr. Trezise said. Such stores can carry only New York wines made exclusively from the state’s grapes.

Empire State Cellars was created for several reasons, James Silver, Peconic Bay’s general manager, said in an e-mail. He cited a “need to represent the state’s produce to a large audience” and “the timing and strength of the locavore movement.” The new shop, he added, “was a good business model, having no competition.”

The shop is not dominated by any one region, Mr. Silver said. There are about 150 Long Island wines and about 150 from the Finger Lakes, with the rest being from the Hudson Valley, the Thousand Islands, the Niagara Escarpment and elsewhere.

It stocks nearly 500 labels and includes “every varietal you can think of,” he added.

Read more at:
http://www.nytimes.com/2012/01/01/nyregion/setting-up-tasting-rooms-far-away-from-wineries.html
Posted by Carlo De Vito at 6:43 AM