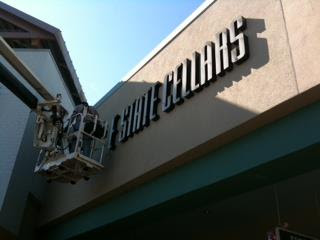 As a New Yorker, I still miss Vintage New York which was the first exclusively New York wine store. But they have been shuttered for years. This is an exciting new venue, which features all the great wines of the great state of New York. 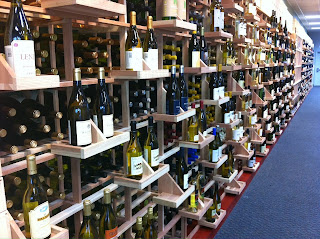 Speaking of Vinatge New York, Silver said, "I thought the other stores were a little ahead of their time. The timing is good now for a New York wine store. A lot of people are turning toward local food, local products, local wine. Interest has never been higher."

A wine store at the Tanger Outlet Mall has never been attempted, at the Riverhead location or any other Tanger Outlet location, according to Silver. He acknowledged that an outlet mall may seem like an unlikely place to find a wine store but said that "folks at Tanger are really enjoying the experiment themselves."

The Riverhead Tanger Outlet Mall sees around five million cars a year and nearly 14 million people. Silver says that number is 10 times more than the number of people who make the extra ten-mile drive into Long Island wine country. Steve Bate, executive director of the Long Island Wine Council, thinks that a trip to Empire State Cellars might change some of these people's minds.

"The traffic at Tanger is fantastic, but a lot of those people may not venture past Tanger…If they like the wine at Empire State Cellars, they might travel further east and visit the vineyards," Bate said.

Silver believes that despite the lack of people who make the drive into Long Island's wine country, the correlation between the average wine consumer and the average outlet shopper is high.

"I looked at the demographics of the Tanger customer, and they coincide beautifully with wine buyers. Outlet shoppers are nearly 80 percent women and between 70-80 percent of wine purchases are made by women," Silver explained. "Also, if you look at the income demographics for outlet mall shoppers, they are much higher than you might expect and that makes a lot of sense for a wine shop as well because typically we’re talking about a higher level income demographic."

“We have the best of bottled New York,” says Polly Brown, Director of Cellar Operations & Marketing. “We are excited to be able to present a comprehensive Empire State wine experience to consumers. At our vintner partners’ discretion, we also hope to include vertical collections, older vintages and limited or rare bottlings along with the finest of their current releases.”

This is without question the largest showcase for New York wine in the state or anywhere. A tremendous opportunity for both the winemakers to discover new customers, and the customers to disciver fabulous new and local wines. 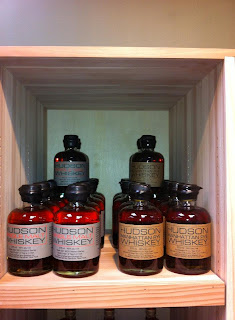 They also have a great selection of New York state spirits as well, including Tuthilltown, Harvest Spirits, and Finger Lakes Distilling.

Congratulations to Jim. Congrats and good luck to
Polly and her staff. I am a huge fan! This is an absolutely MUST GO destination!