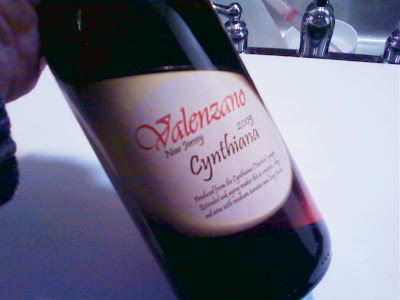 Tony Valenzano, Sr. was a wine making hobbyist, planting vines and growing grapes since the early 1990s on his seven acre farm at 340 Forked Neck Road in Shamong -- right in the heart of the New Jersey Pine Barrens. His hobby has grown into one of the Garden State’s most prominent wineries.
In 1996, Valenzano Winery became a licensed winery. The initial year, less than 500 gallons of wines were produced at the initial Shamong location, and a few accounts were opened with local fine wine stores. Since then, they’ve expanded from one to three locations: the original Forked Necked Road location, another at 1320 Old Indian Mills Road, and the recently completed new production facility on our farm at 1090 Route 206 in Shamong 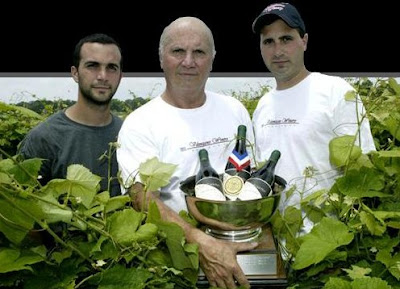 Valenzano's award winning Cynthiana is a wonderful wine. Cynthiana is also known as the Norton grape, which had originally found new life at Horton Vineyards down in Virginia. But it's a grape that has wonderful attributes and great wine making qualities. The wine has solid tannins, which in part are provided by extended oak barrel aging. Valenzano Winery’s Cythiana is the only wine in New Jersey history to wine the coveted ‘Governor’s Cup’ two years in a row for the same varietal. This is one of Valenzano's signature reds. 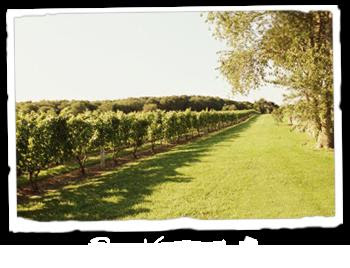 It was a snow day, and as the winter light began to fade and as the snow raged on, the smell of roasting chicken wafting through the house. It was making me very, very hungry. And thirsty. So I opened up a bottle of Cynthiana.
Lot's of big fruit up front. Plums and prunes. Deep, dark, inky. Nice dry finish. This is a nice, serious red wine. A great surprise. And a great wine!
Posted by Carlo De Vito at 3:19 PM