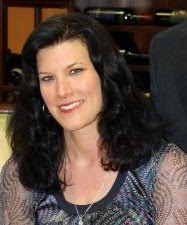 Susan Kostrzewa, Executive Editor at Wine Enthusiast, rated a number of New York state reds highly in the February issue. And a few whites too. In menu order then.....

There were many who also earned 85s or better. Too many to recount here. Again, it is nice to see New York wineries earning these kinds of scores and recognition. Kudos to Ms.Kostrzewa.

Congrats to all concerned!!!!
Posted by Carlo De Vito at 3:00 PM