James Molesworth Continues His March Through the Finger Lakes 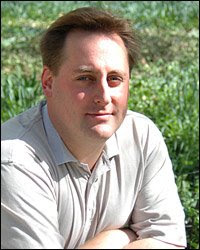 Like Sherman through the South, James Molesworth continues slashing through the Finger Lakes, scoring pad in hand. Happily, there's much better news from the Finger Lakes than there ever was from Atlanta. The messenger in this case is the venerable Wine Spectator's February 28, 2009 issue. And Molesworth isn't burning down the houses a much as he's lighting up the scorebord. (Can you tell I've been reading a lot of 1940s and 1950s sports columns while working on my Phil Rizzuto bio? Ahhhh!)

Several well known wineries garnered scores of 85 and higher, again confirming the region's ability to make quality wine that competes with the rest of the country.
Lamoreaux Landing, White Springs, and Lakewood came up big!

Read the full reviews and other scores of Finger Lake wines in the February 28, 2009 issue of Wine Spectator or join their online subscription.
Posted by Carlo De Vito at 12:53 PM