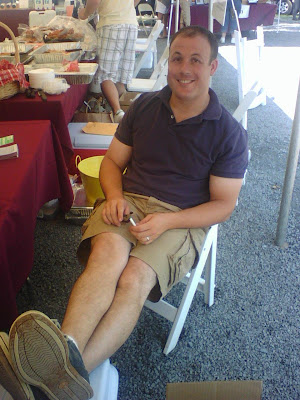 When you think of the different businesses being opened by entrepreneurs each year, chances are "vintner" would not be at the top on your list. Yet a surprising number of newbies have entered the highly competitive winemaking world, and making a go of it.

What's Involved
If going the traditional route, where you buy the land, plant, harvest and bottle yourself, the challenges are immense. Between the cost of the land and harvesting, the capriciousness of Mother Nature and the length of time before the wine is aged and ready to sell--it’s a long shot at best. Even if you buy your grapes from other sources, add in the cost of marketing, a global competition field and a tightly run network of distribution channels, and you can see it's a tricky business.

Jason Grizzanti and Jeremy Kidde, both 30, have been friends since the seventh grade. In 2002, Kidde left a banking position at Credit Suisse to work with Grizzanti's father's winery in Warwick, New York--the Warwick Valley Winery & Distillery.

With more than 200 wineries in the Hudson Valley, Kidde and Grizzani realized the need to develop a niche. They quickly began developing an American Fruits line of fruit brandies and liqueurs.

"The wine industry is so competitive now that it makes it extremely difficult to succeed without doing something unique," says Kidde, whose foray into locally-produced fruit-flavored brandies and ciders has proven to be a winning ticket.

In six years the childhood pals have quadrupled sales, and increased employee count from four to 20. Grizzanti is the head winemaker and COO and is currently pursuing his masters in brewing and distillation from the Heriot-Watt University in Scotland. Kidde is the director of sales and the CFO.

From Corporate to Connoisseur
Jennifer McCloud, who founded Chrysalis Vineyards in Middleburg, Virginia, knows the value of having a niche. McCloud chose to have her winery in Virginia--and not Napa--for one reason:

"We have the world's largest planting of this vine and are involved in restoration of this really heirloom gem," she says. "I'd rather make the best Norton than the world's 40th best Merlot."

This is serial entrepreneur McCloud's 14th business venture. McCloud was in the software business before purchasing her bucolic 412-acre spread that is a hop from downtown Washington, DC.

She employs 25 to 40 people each year, and devotes 71-plus acres to produce 15 wines, using grapes that include the indigenous American Norton, as well as the French Viognier. She faced a number of hurdles in her new venture, not the least of which was adjusting to the slower pace of the country life.

To get her wine business on a success track required "motivating people to accomplish what's needed to move forward," says McCloud, who believes that the speed with which you can accomplish your goals determines the power of the company.

McCloud is also making a positive impact on the environment through "new" agriculture, in a place that used to be a powerhouse of commodity production for Virginia (wheat, corn and dairy).

Read the rest at:
http://news.alibaba.com/article/detail/entrepreneur/100033006-1-winning-wine.html
Posted by Carlo De Vito at 1:00 PM