I did not know Christian Wollfer personally, but I had many of his wines. While his prices made him somewhat controversial, there is no doubt that Wolffer was a leader in wine on Long Island, who valued his own, an the region's, product, who believed in quality, and who dared to price his wines among the world's best. He put his money where his mouth was. His absence will be sorely felt.

Here's part of the news from Newday. 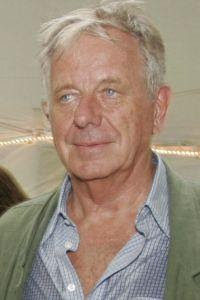 
Christian Wölffer, owner of Wölffer Estate Vineyard in Sagaponack and a Long Island wine pioneer, was hit and apparently fatally injured by a boat while he was swimming in Brazil on New Year's Eve.

Wölffer, 70, was on vacation and a boat's propeller or propellers cut two diagonal wounds in his back while he swimming in Paraty near Rio de Janeiro, according to Brazilian news reports.

The O Globo newspaper reported that The Technical Laboratory for Embalmment and Formaldehydization in the Rio suburb of Inhaúma said Friday that his death certificate listed acute anemia caused by internal hemorrhage as the cause of death.

The autopsy was performed Thursday by the Forensic Medicine Institute of Angra dos Reis, the largest city in the southern part of the state of Rio de Janeiro. The institute still hasn't made public its official findings.

O Globo reported that the Coastal Police in Paraty said Wölffer was swimming at a beach called Saco de Mamanguá when he yelled for help. He was rescued by TV actor Rodrigo Hilbert, who plays the role of a surfer in a soap opera called "Three Sisters." Wölffer was taken to the Hospital Santa Casa de Misericórdia, where he was prounounced dead. Police are investigating.

According to the winery Web site, Wölffer, a native of Hamburg, Germany, was fluent in six languages and had business interests from the Far East to South America in banking, venture capital, real estate, agriculture and entertainment parks.

In 1978, he purchased Sagpond Farm, a 14-acre parcel with a farmhouse surrounded by potato fields in Sagaponack. He invested more than $15 million in his South Fork winemaking venture, expanding his holdings to more than 170 acres including his 55-acre Wölffer Estate Vineyard on Sagg Road as well as his home, stables, and grazing land for his thoroughbred horses.

"He was one of these larger-than-life characters," said Ted Conklin, owner of the American Hotel in Sag Harbor. "He was a great bon vivant. He always seemed to be somewhere between work and having a fabulous time. But he was very down to earth at the same time. He was an important part of the community."