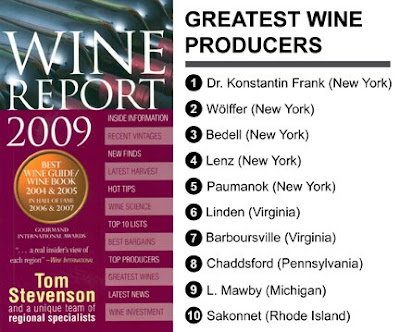 In effect, it was all the usual suspects. But one has to hand it to Stevenson and his crew, at least they're pointing out the great wines that are being produced in the east, where other "so called" guides don't mention them at all.

Several places have different takes on it. Lenndevours took it from the New York perspective. And I have a lot of respect for his opinions. You should read his blog on the subject:
http://lennthompson.typepad.com/lenndevours/2008/10/new-york-wineries-dominate-the-atlantic-northeast-region.html

All-in-all, a good showing. Congrats to:

New York took the five top spots with Dr. Konstantin Frank, Wolffer, Bedell, Lenz, and Paumanok. I feel Raphael kinda got passed over here. But I'm not sure who'd I knock out. 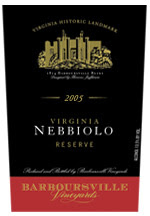 Linden and Barboursville took the 6th and 7th spots. I really like both these wineries. I especially love Barboursville Nebbiolo, and several other of their deep red varietals. Maybe the best red wines on the east coast, outside of a couple of NY State wines. THERE IS NO QUESTION THAT VIRGINIA IS CHALLENGING NY FOR EAST COAST DOMINANCE IN SUPERIOR WINEMAKING. AND THEY ARE MAKING A GOOD RUN AT IT. AND THEY HAVE A LOT OF PEOPLE'S ATTENTION.

Chaddsford took the 8th spot. Eric (son of Benmarl's Mark Miller) and Lee Miller make great wines. Their Merican is a wonderful wine. And the stable of wines is consistent across the board. Whenever you go to the Brandywine area in PA, you have t stop there. However, French Creek (for sparkling wine and Va La are both pushing Chaddsford in the region, as is Blue Mountain.

L. Mawbey is a popular choice. They have received rave reviews from Stevenson's report before, as well as by other North American wine guides, including Kevin Zraly. I've taste their sparkling wine, and it's really wonderful.

Sakonnet is one of my all time favorite wineries. Their ice wines are excellent. Their Vidal Blanc is unquestionably the best in the US, and they have a wonderful sparkling wine. A very impressive winery. And one of the largest on the east coast. More New Yorkers should be trying them.
Posted by Carlo De Vito at 5:44 AM

A Landscape Reimagined
This is the first in a series of articles about wineries in the New York region and the people behind them. 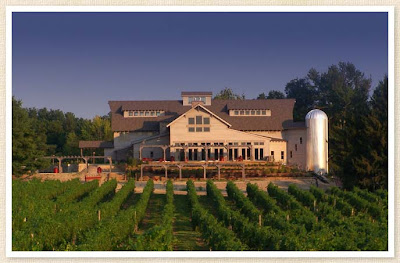 RANDY F. SHEA had been trying unsuccessfully to sell 250 acres of dairy land with a friend for four years when it occurred to him one afternoon in October 1994 that vineyards thrive on land like this.

As he walked the property with its fertile, sandy soil, he said he looked at a rise sloping sharply toward a drainage basin and then began comparing characteristics of the property with knowledge he had recently acquired from a wine class about ideal growing conditions for grapes.

“I remember pointing, ‘That’s where the pond is,’ ” said Mr. Shea, 65, a property lawyer. “That’s where the vineyard is. That’s where the winery should be. I learned that through my feet. You don’t totally understand a piece of property through your head and eyes. You have to use your feet.”

The land had been under contract to one of Mr. Shea’s clients, who wanted to build a residential subdivision and golf course. That client could not afford to buy it, so Mr. Shea took over the contract and bought the land in 1990.

Mr. Shea’s friend, James R. Johnson Jr., 55, a site contractor, agreed that the land could be a vineyard.

In New Jersey, the number of bonded wineries has increased to 45 since the 1981 repeal of a post-Prohibition state law that limited the number of wineries to one per million residents. If the law were still in effect, it would allow for eight wineries in New Jersey. 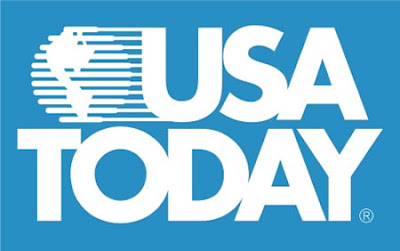 Admittedly, I am a little behind the ball, but just to make sure poeple know....Congratulations to all the wineries mentioned in the article....a front page story in USA Today is a sure fire hit for the entire Hudson Valley!

Winemaking roots go deep into the Hudson Valley soil
Updated 10/2/2008 7:41 PM
By Jerry Shriver, USA TODAY
By virtue of a wine-grape-growing tradition dating to the 1670s, the Hudson Valley bills itself as America's oldest wine-producing area. Though overshadowed in the state by the Finger Lakes and Long Island regions, the Hudson Valley AVA (American Viticultural Area), 90 miles north of New York, is home to the country's oldest commercial winery (Brotherhood, which opened in 1839 as Blooming Grove) and the oldest continuously farmed vineyard, dating to 1772, at Benmarl Winery in Marlboro. This stretch of the Hudson River, flanked by dramatic bluffs, splits the grape-growing area in two: The Shawangunk Wine Trail on the west side embraces 10 wineries, while the Dutchess Wine Trail to the east features three wineries. Chardonnay, Riesling, Seyval Blanc and Pinot Noir are key grapes here.

Be sure to stop at:Brotherhood Winery in Washingtonville (brotherhoodwinery.net), a pioneer in winery tourism, offers tours of its underground caves. Stoutridge Vineyard in Marlboro (stoutridge.com) has a state-of-the-art, eco-friendly winery and is about to open a micro-distillery. Both Clinton Vineyards in Clinton Corners (clintonvineyards.com) and nearby Millbrook Vineyards & Winery in Millbrook (millbrookwine.com) are set amid acres of beautiful farmland and orchards. 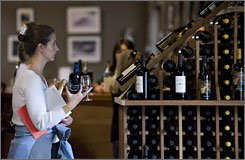 Nearby attractions: Foodies will want to make a pilgrimage to the campus and restaurants of the Culinary Institute of America in Hyde Park; art buffs can visit the homes of Hudson Valley School founders Frederic Church, Thomas Coles and Russel Wright; history buffs can trek to the U.S. Military Academy at West Point, the Franklin D. Roosevelt National Historic Site in Hyde Park, and dozens of Revolutionary War-era shrines.