Merlot Made From Hamptons Vineyard for $100 Beats Saint-Emilion 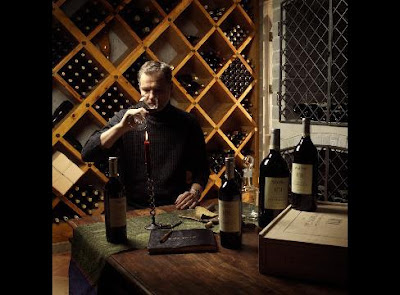 Merlot Made From Hamptons Vineyard for $100 Beats Saint-Emilion
By Gillian Wee
URL: http://www.bloomberg.com/apps/news?pid=20601093&sid=a4UjlGU.8GKw&refer=home

May 9 (Bloomberg) -- After making wine since 1992 surrounded by the mansions of the Hamptons, Roman Roth got the ingredients for the ideal vintage last summer: steady sunshine and little rain.

``It was a dream year,'' said Roth, 42, the German-born winemaker at Wolffer Estate Vineyard in Sagaponack on Long Island's South Fork, about 100 miles (161 kilometers) east of New York City. ``The growing conditions were close to perfect. You knew when you started picking grapes. So we made really ripe, great lush wines.''

Roth's most expensive product, a 2004 Premier Cru -- or first growth -- Merlot sells for $100 a bottle at his tasting room, which is preparing for its peak period from Memorial Day, the May 26 U.S. holiday marking the start of the summer season, to October.

``I think 2007 is going to be the exciting year,'' said Gary Vaynerchuk, 32, who runs Wine Library, a retailer in Springfield, New Jersey, and hosts a Web TV show on winelibrarytv.com. ``Weather has everything to do with everything when it has to do with wine.''

While New York is the country's third-largest wine-and-grape producer behind California and Washington, two-thirds of the harvest is turned into grape juice, said Jessica Chittenden, a spokeswoman for the state agriculture department. Long Island's vineyards produce only 1.19 million gallons of wine, worth about $100 million annually, equivalent to 0.2 percent of California's output, said Steve Bate, 49, executive director of the Long Island Wine Council.

What sets Long Island wines apart from California offerings is how well they pair with food, said Jim Trezise, 61, president of the New York Wine and Grape Foundation. Grapes grown in New York's cooler climate produce vintages that are light and acidic, he said.

The island, known for its white beaches, relies on summer visitors who buy wine where it's made.

``They are such an attractive region for tourism that they're able to sell a large percentage of production from the wineries,'' said Matthews, 54, whose favorites include offerings from Wolffer, Pellegrini Winery and Bedell Cellars, owned by Michael Lynne, a former head of Time Warner Inc.'s New Line Cinema. ``That has allowed them to flourish without being forced to compete on retail shelves and restaurant wine lists with wines around the world.''