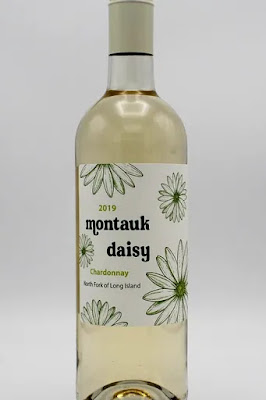 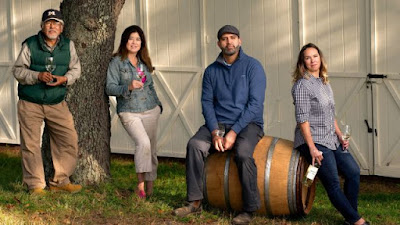 A new wine brand has arrived on the North Fork, with a nod to the South Fork in its name.

The couple will be working with grapes produced at the Comtesse Therese Vineyard in Aquebogue, which is owned and operated by Theresa Dilworth and her husband, Mineo Shimura.

Juan Micieli-Martinez said Dilworth and Shimura will continue to cultivate their 15.4-acre vineyard in Aquebogue, while he and his wife will direct the wine making. He currently serves as wine maker and special projects manager of the Premium Wine Group in Mattituck, the regional wine-production cooperative where Montauk Daisy Wines are being produced. The couple has already bottled three releases from grapes harvested in 2019 — a chardonnay, a rose and a "portly" blended red wine. Montauk Daisy Wines sell for $22.

Juan Micieli-Martinez, the former winemaker and general manager for Martha Clara Vineyards before it was bought in 2018 by the Rivero-Gonzalez family to become RG|NY Wines, said the wines will be marketed direct to consumers via the Montauk Daisy Wine website. There, customers can also purchase Dilworth's Comtese Therese branded wines. The company will start with production of around 350 cases a year, Juan Micieli-Martinez said.

"We're making expressive wines to the region, and trying to educate people as to how wines are made," he said of his plans.

As Montauk Daisy brand gets established, Micieli-Martinez said the brand will be marketed at wholesale, and he'll work to establish a wine club that would offer members the opportunity to tour the Aquebogue vineyard and buy wines direct from the farm. Because the property has only a farm-winery license, tastings won't be offered at the vineyard. Dilworth, who also sells homegrown vinegars and honey at her website, also keeps bees on the farm, he said.

Selling wines from stainless steel barrels and kegs will be part of the company's efforts to reduce waste, Micieli-Martinez said, a priority for the operation. He'll also eliminate the foil wrapper that normally covers corked bottles, opting instead for a wax seal. 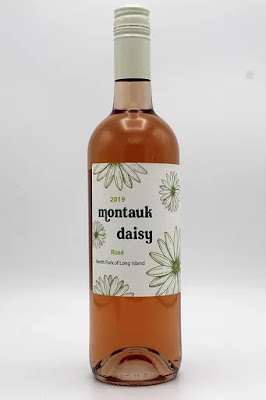 In addition to making the wines, Micieli-Martinez said he plans to work the fields of the vineyard with Shimura, who actively manages the vineyard.

Dilworth, who is a tax attorney for Marsh & McLennan, has owned the Union Avenue vineyard since 1999, and made wine from the grapes there at Premium Wine Group, and with Micieli-Martinez, since 2003. She said while she won't be a formal business partner in Montauk Daisy Wines, she will work with Micieli-Martinez to sell some of her older vintages, as well as her vinegars and soaps and other products.

Read the whole report at: