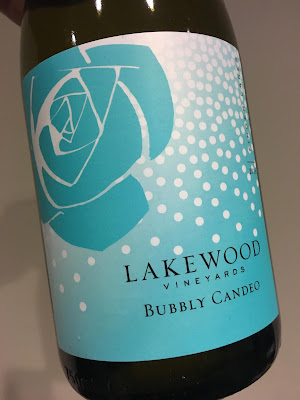 So, I was at Eastern Winery Exposition 2019 in Syracuse when I went to a tasting and was blown away by this one wine. The Lakewood Vineyards Bubbly Candeo 2018 was a simple straight forward prosecco styled wine, and it was fantastic!

The Stamp family bought Lakewood Farm in 1951. It was a run-down peach and apple orchard on the west side of Seneca Lake. The next spring, they started planting grapes. The original grapes were those favored by the large wineries and grape juice companies. In the mid-80’s the family diversified to add some new varieties, with the hope of someday using them to make their own wines.

Monty and Beverly Stamp and their children pressed the grapes for their first vintage in 1988. Lakewood opened their doors a year later. They made seven different wines with grapes from 45 acres. Today, the operation is still family run, three generations, with 80 acres of vineyards. 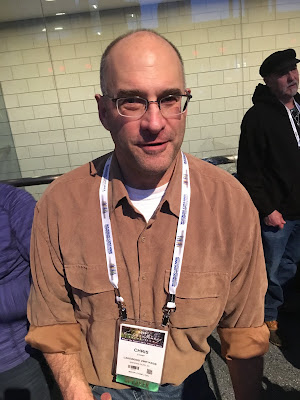 The winemaker is Chris Stamp. Chris attended Cornell where he earned a Bachelor’s degree in Food Science in 1983. He was immediately hired to make wine for Plane’s Cayuga Vineyards, one of the pioneer wineries on Cayuga Lake.

In 1986, Chris took a position as a research and extension associate for the wine industry in Ohio, where he worked until Lakewood Vineyards opened. He returned to Watkins Glen, and started making wine for the family business. He was named winemaker of the Year: Vineyards & Winery Management Magazine, 1997.

Chris has made some lovely wines over the years. His port and other dessert wines have traditionally been among my favorites. But this new sparkling was a revelation!

This wine is 100% estate Cayuga. The nose was bright with honeydew, melons, green apple, and other tropical notes. The wine was a pop of the same, with a hint of sweetness and a lovely effervescence.  And there was a big pop of zippy acidity at the end which helped keep the wine balanced and refreshing. A lovely, lovely prosecco styled wine. A lovely, lovely surprise!

Great job Chris and congrats to the Stamp family and those at Lakewood!
Posted by Carlo De Vito at 5:03 AM