THE GRAPES OF THE HUDSON VALLEY by J. Stephen Casscles is Brilliant!

OK, there are two things I need to say before anything else: 1. J. Stephen Casscles is a friend of mine. He is a brilliant winemaker. We have worked eight vintages together. And I have had an absolute ball working with him on all of them. 2. Grapes of the Hudson Valley is a mish-mash of a book (which I will elucidate on later) but is also one of the most important books for winemakers and grape growers (for anyone not stationed in California – no matter where you make wine) published in more than half a century!
Alright, now that that is dispensed with, I can get into the nitty gritty of this book. 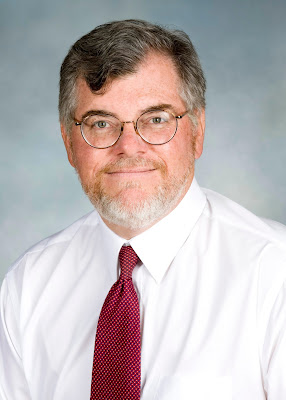 First, who in the hell is J. Stephen Casscles? First and foremost he has worked on many of the bills that have made a difference in the wine, beers, and spirits industry in New York state for more than a generation. Quietly, and behind the scenes, he has possibly been one of the most influential people in the industry for years.
He is also a talented winemaker, having made wine as a young man at Benmarl under the tutelage of Eric Miller (of Benmarl Winery and Chaddsford Winery fame – himself a published and influential winemaker with one of the more impressive winemaking trees on the east coast). Stephen’s Baco Noirs have consistently been among the highest rated wines for that varietal in North America. He's also made some of the most outstanding wines in New York state according to reviews and scores from Wine Enthusiast and Wine Spectator, Snooth, The Village Voice, Sommelier Journal, Edible Manhattan, Forbes magazine, and other publications.
And for many years he was easily the most knowledgeable wine historian in the Hudson Valley.
Now, the book, GRAPES OF THE HUDSON VALLEYY is a mish-mash of a book, because it is really two brilliant books pressed together. Firstly, the book has a wonderful history of grape growing and winemaking in the Hudson Valley. Secondly, it’s information on hybrid grapes, heirloom varieties, cold climate varieties, and grape and winemaking information is second to none. It is partially a fantastic reader. Partially it is the single best book on hybrid and cold climate grapes available today.
EVERY WINEMAKING STORE OR CATALOG OR WEBSITE SHOULD BE CARRYING THIS BOOK. EVERY WINEMAKING SCHOOL SHOULD INCLUDE THIS IN ONE OF ITS COURSES.
As far as the Hudson Valley is concerned, there is more information here than any other single source. A fascinating history of grape growing in the region which reaches back to the 1600s, which makes the valley the birthplace of American wine.
For years the region was among the biggest grape growing regions on the east coast (along with Vineland, NJ), and in the country. Hundreds of thousands of tons were shipped down river from as far up as Catskill, down to the city, feeding a hungry population and a solid cadre of home winemakers.
Did you know that Hudson Valley’s many famous hybridizers have produced more than 75 new grape varieties to the grape catalog? And the one thing Stephen didn’t share in the book is that he has introduced a number of his own.
On the other side, this book has all the intricate growing information and winemaking information to make excellent wines from many of these grapes, including the classic French-American hybrids and the currently popular Minnesota (Elmer Swenson) varieties.
Both sections of this book are brilliant. And as such, this book is a rare treasure, a well written narrative that also includes serious technical information not available anywhere else.
If you grow grapes, make wine, or consider yourself knowledgeable about wine, then you absolutely need this book! End of conversation!
p.s. the book has received some excellent reviews from others as well.  Here’s a link to a few….
http://blogwine.riversrunby.net/book-review-grapes-of-the-hudson-valley-by-j-stephen-casscles/2015/09/08/
http://midwestwinepress.com/2015/09/20/grapes-of-the-hudson-valley-has-midwest-appeal/
http://hvwinegoddess.blogspot.com/2015/10/get-to-know-grapes-of-hudson-valley.html