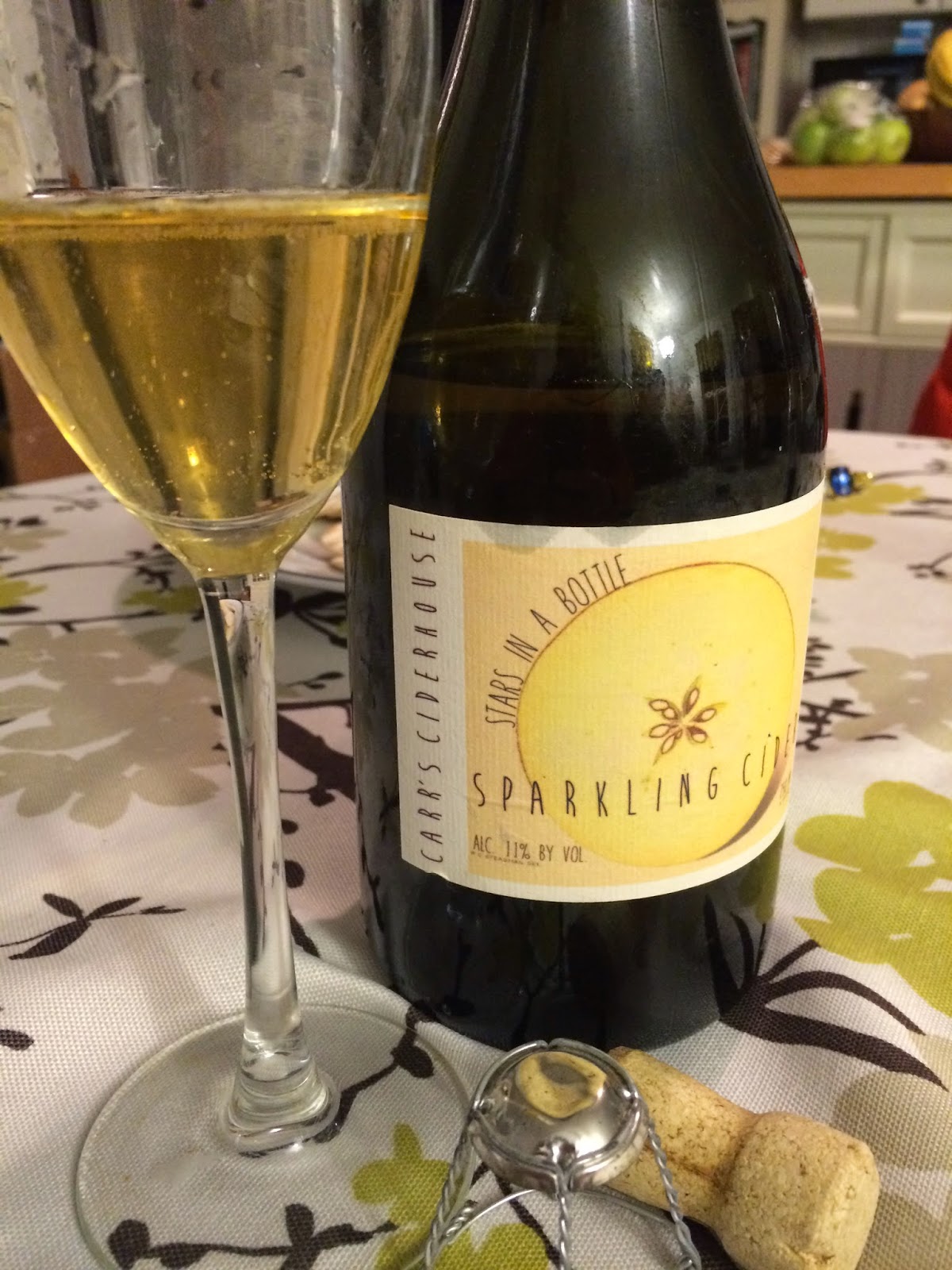 I went during the holidays to visit my sister in Amherst, Massachusetts, I stopped in at a Whole Foods, and passing through the wine and beer section. You love to buy local! I bought it and brought it home to sample.
Carr’s Ciderhouse is a small family operation. It's owned by the husband and wife team of Jonathan Carr (head cidermaker) and Nicole Blum (whatever needs doing person) and who admittedly are fortunate enough to have the help of Peter Carr and Terry McCue (no relation, but brother just the same) to make this venture work.
When they moved to Western Massachusetts 13 years ago, Jonathan was getting a master’s in Plant and Soil Science (specifically Pomology). About that time, an historic orchard came up for sale in North Hadley. Long time residents constantly share stories of their youths spent poaching apples, sledding, and working the trees.
A spectacular view of the Connecticut River Valley spreads out below the orchard. Their orchard of 2000 apple trees was planted in 2007 and 2012 on the north-west slope of Mount Warner in North Hadley, Massachusetts. They now produce a wide selection of hard cider apples such as Yarlington Mill, Golden Russet, Kingston Black, Goldrush, and Dabinett.
They press their apples on a refurbished century-old Mount Gilead cider press (one of the oldest working presses in New England, they think) in the ciderhouse when the weather starts turning cold. It’s usually December by the time they finish pressing. They let the juice freeze naturally and it stays that way until we are ready to begin fermentation. 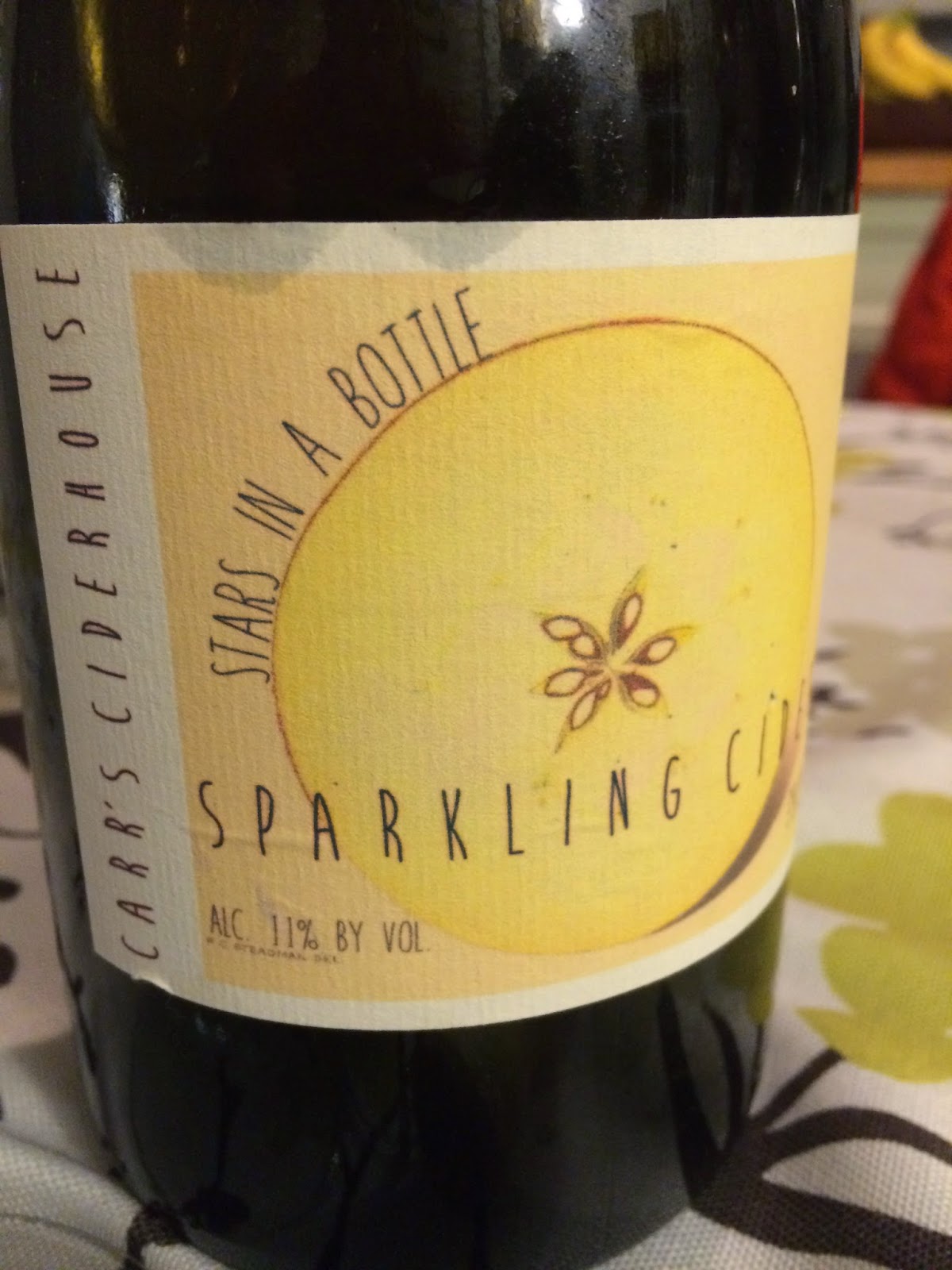 Carr's Star in a Bottle is a reference to the story of the monk Dom Perignon, who said he saw tars after he drank the first sparkling wine he made. Carr's Stars in a Bottle is a small run champagne style cider. They only made 40 cases. It's only available at the Whole Foods in Hadley, Atkins Farms, Provisions, or one of their many local farmer’s markets.

The cider is blend of apples including Golden Russet and other heirloom apples. This is a super sparkly and crisp cider. At 11% a.b.v this is more like an off-dry sparkling wine, say an apple Prosecco, but only faintly sweet. Fantastic. Sorry I only bought one bottle!

Great job to Jonathan and Nicole and Peter and Terry.
Posted by Carlo De Vito at 4:41 AM