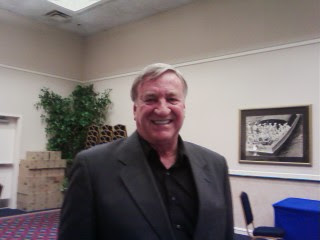 Jim Trezise is the head of the New York Wine and Grape Foundation, and I occassionally repeat articles form his industry e-zine Wine Press. Herein, I repeat, in it's entirety, Jim's notes on the wine year in New York state in 2011.
____________________

Happy Holidays! 2011 has been a very good year, and 2012 promises some exciting developments. This will likely be the final Wine Press this year, so I wish you a wonderful holiday season.

As the year winds down and we prepare to greet 2012, I want to wish you a safe, warm, and joyous holiday season regardless of what you celebrate and where you are.

Wine is a wonderful, magical creation of the "soil, sun, rain, and the hands of Man", but the real magic is in the people--grape growers, winery owners, juice producers, members of the trade, and the consumers who allow us to exist. This time of year lets us to slow down a bit and savor the treasure of our many friendships in this wonderful grape and wine community.

Today the days start getting longer as we move toward a new year with new challenges and opportunities. By working together, we can even turn the challenges into opportunities--and we will.

May the wind be at your back, and the wine be on your table.

2011--Another Very Good Year
Every year has its unique mix of good and bad, ups and downs, disappointments and pleasant surprises, and certainly 2011 fits right in, but on balance it turned out to be yet another very good year.

The 2011 harvest varied greatly by region and grape variety, but in general turned out to be bountiful and with quality ranging from good to great. Most of the weather patterns leading up to harvest seemed to promise another perfect year like 2010, but in most regions untimely rains complicated the harvest.

Happily, Hurricane Irene and Tropical Storm Lee skirted Long Island, but unfortunately devastated the Hudson Valley region, including some vineyards, and also decreased tourism during a key season. Those storms never made it far enough west to reach the Finger Lakes, but the region still suffered from plenty of untimely rains during different periods of harvest, with some fruit lost to rot. The north country's Thousand Islands and the far western Lake Erie region seemed to make out the best overall, with the Concords for grape juice (2/3rds of New York's total grape crop) superb in both quality and quantity.

In short, in most regions 2011 was a "winemaker's year" in the sense of testing their agility in dodging the raindrops and their ability in the cellar to create the best quality wines possible. Those whom I've talked with have been generally upbeat on the outlook for the wines, which will begin to be released in a few months.

Meanwhile, the winery tasting rooms have generally stayed busy and the wine trail events largely sold out, according to reports during a recent meeting of wine trail representatives from throughout the state. Once again, the exact patterns varied by location in terms of which seasons were slow or busy, sales per visitor, and other variables, but overall the wine lovers kept coming and leaving some money behind.

The five million tourist visits to wineries this year also brought lots of business and benefits to transportation companies, lodging facilities, restaurants, gift shops, and the State and local governments which reap the benefits through sales taxes. Happily, our new Governor Andrew Cuomo has expressed his understanding and appreciation of wine country tourism as an economic engine, so hopefully we will continue receiving State funding to support the wine trails and related programs.

After all, wine-related tourism expenditures top $365 million, and the State and local taxes paid exceed $230. Wine country is a gold mine for the State of New York.

New York--A Gold Mine of Fine Wines
Once again in 2011, New York wineries won a ton of medals at major international wine competitions around the country and world--in fact, 537 Gold, 128 Double Gold, and 113 "Best of Class" and above accolades--not to mention far more than 1,000 Silver and Bronze medals as well. The Gold and above awards are featured under the "New York Gold" section of www.newyorkwines.org, and are searchable by varietal or competition. Some of the 2011 highlights:

There were also dozens of New York wines rated 90 or above by major consumer publications, and some great reviews in top publications including:

o Ravines 2009 Dry Riesling selected as the best white wine for Thanksgiving by the New York Times tasting panel, and its 2008 Cabernet Franc recommended by the Boston Globe for that same meal

o Paumanok Vineyards Semi-Dry Riesling named one of the "Luxury Dozen 2011" wines in the world by the Wall St. Journal online

o Red Newt Cellars and Hermann J. Wiemer ranked among the Top 100 wineries in the world by Wine & Spirits magazine

o Finger Lakes Riesling featured on the "VineTalk" national PBS series, and also rated the most popular segment among viewers

These medals, scores, and mentions have combined to expand the quality reputation of New York wines around the world. The wineries which not only produce them, but also ENTER them, are helping all of New York and its wine regions.


Winery Growth Accelerates--Again
316 and counting is the number of licensed wine producers in New York state at the end of this year, with six more licenses pending. In addition, there are 54 satellite stores with 2 more pending.

Most impressive, the 20 new wineries are spread across 15 different counties from Chautauqua (Lake Erie region) to Suffolk (Long Island) and even Kings (Brooklyn). Here are the newcomers, listed by country alphabetically:

Among the seven new satellite stores is Empire State Cellars at the Tanger Outlet Mall in Riverhead (Long Island) which is featuring hundreds of New York wines from throughout the state. Other new stores include Harbes Family Farm & Vineyard and The Winemaker Studio by Anthony Nappa Wines (both Suffolk as well), The Champlain Wine Company (Clinton), Swedish Hill Winery (Saratoga), Sheldrake Point Vineyard (Schuyler), and Magnus Ridge Winery (Yates). A 2011 law intiated by the New York State Department of Agriculture & Markets, sponsored by Senator Cathy Young and Assemblyman Bill Magee, has made it simpler for farm wineries to open satellite stores, so I expect even more to open in 2012.

From 2001 to 2011, 198 new wineries have opened--far more than in the previous 180 years--and in just seven years from 2005-2011, the 152 new wineries exceeded the total from the prior 20 years, essentially quadrupling the growth rate. Each new winery means new investment, new jobs, new tourists, and new taxes for the State of New York, which already benefits from more than $3.76 billion annually of economic activity generated by our industry.

The challenge now is to "grow the market" at a greater rate than winery growth so that the new wineries aren't cannibalizing the market share (tourists and sales) of the pioneering wineries that got everything started in the first place.

A vital part of our industry's success has been the world-class research conducted by Cornell University scientists and communicated to the industry by Cooperative Extension professionals.

Maintaining a comprehensive research program has become an increasing challenge as traditional public funding sources disappear, such as the long-time Viticulture Consortium money from the federal government. But thanks to the strong support of Senators Cathy Young and Patty Ritchie, joined by Assemblyman Bill Magee, we were able to get State matching funds to continue supporting the core grape and wine program involving 20 individual projects.

Finally, the National Grape and Wine Initiative has become a major new resource for New York and our colleagues nationwide in terms of defining strategic research priorities and finding financial support. For the past two years, Anthony Road Winery's John Martini has chaired the Board (on which I also serve), and NGWI President Jean-Mari Peltier has done a magnificent job coordinating with federal government partners on research priorities. This gives us new hope during a time of extreme fiscal austerity.

2012 is full of promise, from the 2011 vintage wines that continue to develop, to an exciting promotion in New York City, and a new generation populating the grape and wine industry.

This past year was an unusual one in most winegrowing parts of North America from coast to coast, with our colleagues in California, Oregon and Washington citing challenging conditions including the lateness of the harvest, but ultimately ending up quite bullish about the potential for the wines. That mirrors the situation in most New York regions, and we'll know in a few months how the wines will be.

We have been quietly planning a promotion in New York City for the first three months of 2012 involving 38 wineries from various regions. The program will include market research, visits by New York City wine writers and sommeliers to the major wine regions, a multi-day visit to the City by participating wineries, advertising, and much more.

Perhaps most exciting is what I have found out in response to the Wine Press of a couple weeks ago--that there is an enormous number of young people who are either becoming very involved in the family business (vineyard or winery) or entering it from the outside. I hope and expect to have a comprehensive list of these people, where they are, and what they do, right after the New Year.

Their presence gives us great hope for the future of our industry.