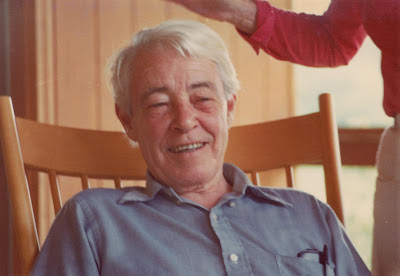 Philip Wagner was one of the most influential winemakers in 20th century America, providing information and tips to generations of would be winemakers through his numerous publications. He was also, by coincidence, the father of the hybrid movement on the East Coast.

According to Cornell University Library, Philip Marshall Wagner was born in New Haven, Connecticut in 1904, and grew up in Ann Arbor, Michigan, where his father was Professor of Romance languages at the University of Michigan. He received an A.B. degree from the University of Michigan in 1925, and worked in the publicity department of the General Electric Company in Schenectady, New York, from 1925 to 1930. In 1930 he moved to Baltimore, Maryland, where he began work at the Baltimore Sun newspapers. He was editorial writer for The Sun 1930-1936, London correspondent for The Sun 1936-1937, editor of the editorial page of The Evening Sun until 1943, then The Sun until 1964.

For decades he presented cogent facts and well-presented arguments for millions of Americans around the beltway and throughout Maryland. He influenced opinion and thought at the highest levels.

“He joined The Baltimore Sun in 1930 as an editorial writer. In 1938, he succeeded H. L. Mencken as editor of the paper's editorial page. One of Mr. Wagner's first articles on American wines appeared in 1933 in The American Mercury, Mr. Mencken's magazine. Mr. Wagner became The Sun's chief editorial writer in 1943. He retired in 1964 but continued to write articles on wine and public affairs,” wrote Frank Prial in the New York Times.

However, more important to this biographer, his interest in grapes and winemaking is evident in a photograph circa 1910 showing him attempting to work a basket press. He became seriously involved in vineyard cultivation and winemaking after moving to Baltimore during Prohibition. In 1932 he rented a property in Riderwood, Maryland that had the remains of a twenty vine vineyard. After working on the vineyard for a year, he purchased the property and planted his first vines. 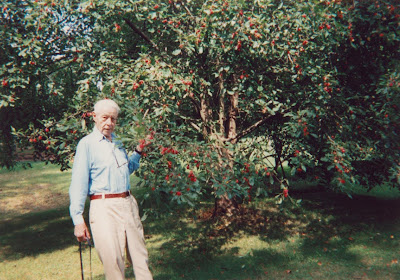 In 1933, his first book, American Wines and How to Make Them was published, and it was at the time the only available book on the subject in English. For a few years he experimented with grape varieties, and while on assignment in London he discovered the French hybrids during a visit to an agricultural station in East Malling. This led to his importing vines from Maurice Baco in 1938, which in turn led to the nursery that supplied stock for the thousands of Baco vines in the East today.

According to Prial, during Prohibition, as an amateur home winemaker, Wagner had failed to propagate the California vinifera that were the basis for his favorite classic wines. They did not survive the Eastern seaboard’s brutal climate. However, Wagner was determined to make his own wines, and making wines from American labrusca varieties such as Concord or Delaware resulted in wines that were repugnant to himself.

It was in his frustration that Wagner turned to hybrids.

“French-American hybrids are crosses between labrusca and vinifera vines intended to withstand cold climates and high humidity and still have the taste of the best European grapes. Using hybrid cuttings shipped from Bordeaux, Mr. Wagner grew vines that by 1936 were producing what he called ''wines that taste like wine.'' He revised the book he had written in 1933, ''American Wines and How to Make Them,'' to reflect his experiences with hybrid vines,” continued Prial. “So many people asked to buy cuttings that he opened a plant nursery and then the winery.” 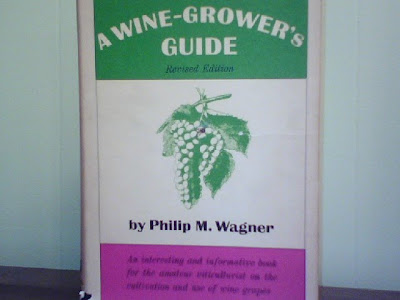 In 1940, he and Jocelyn McDonough were married and formed a lifetime partnership, "J. and P. Wagner, Props.," subsequently expanding the Boordy Vineyard and establishing the Boordy Winery, the cornerstone for which was laid in 1943. In 1945, he published A Wine-Growers Guide. This volume became a crucial reference for grape growers in the East. Philip and Jocelyn traveled extensively to the wine growing regions of France, Spain, Italy, Portugal, Yugoslavia, and Russia in their search for disease-resistant varieties of grapes that would also be suited for cooler climates.

''It was not long before connoisseurs in New York and Washington learned that entirely new kinds of wines were being made in Maryland,'' Leon D. Adams, the wine historian, noted in his book ''The Wines of America.'' At their peak, Boordy’s was producing about 8,000 gallons of wine a year.

Mr. Wagner's book was revised many times and was published by Alfred A. Knopf in 1976 under the title, ''Grapes into Wine: The Art of Wine Making in America.'' He once described wine making as ''the perfect foil for the nervous and intellectual strains of newspaper work.''

''It is slow-paced,'' he continued, ''provides plenty of exercise in the open, and in both the vineyard and the winery, is deliciously free of ethical problems.''

Wagner’s books sold countless thousands, as would be winemakers all over the country read his books and articles, and he helped lead them on a journey to discoer the fun and excitement of making one’s own wines. Few American winemakers did not have at leat one, if not several, of his books on their shelves.

The Wagners sold the Boordy name and equipment in 1980, but kept the nursery to supply their hybrid vines to growers nationwide. He died from emphysema and heart failure on Sunday, December 29, 1996 at his home in Riderwood, Md. He was 92.

Wagner had helped make wine making easier and by handing down hybrids, allowed grape growers to grow grapes the could make wine with, that would grow in their region, and help gain a better footing on understanding the growing of grapes, helping to grapple with the region’s weather patterns and disease issues. In short, he gave them a head start on learning more about their terroir, which was not a term commonly used among winemakers in those days.
Today’s east coast and mid-west winemakers owe a great deal to Philip Wagner, yet few know his name. Programs like Cornell’s and Minnesota’s hybridizing programs owe a lot to Wagner’s insistence that hybrids were a reliable and valuable resource for grapes that would make quality wines. And evidently, many still agree with Wagner’s viewpoint, as these programs turn our more and more new strains that grape growers and winemakers consistently work with.
Posted by Carlo De Vito at 2:35 PM